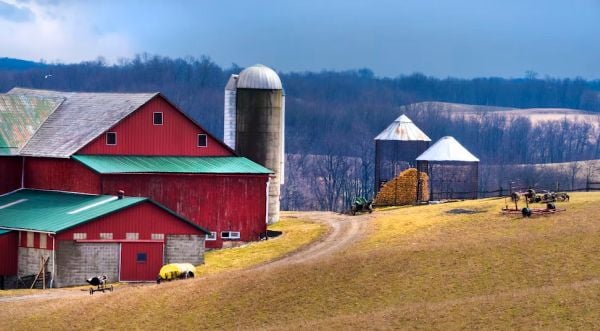 Lawmakers and agricultural groups are racing to pass a bill that would alter the number and length of farmworker visas before the newly-elected GOP majority takes control of the House in January, The Wall Street Journal reported Friday.

The House bill would create 20,000 three-year H-2A visas permitting year-round work, and provide a path to citizenship for approximately one million farmworkers currently living in the U.S. illegally, according to the WSJ. Currently, H-2A visas only allow workers to remain in the country for up to 10 months, which has caused issues for some farms, such as dairy farms, that require workers year-round.

Despite requiring that farmers use an electronic verification system to ensure their workers are legally able to work in the U.S., a longtime Republican ask, the bill lacks provisions to strengthen the border, something that is expected to sink the legislation when the GOP gains control of the House, the WSJ reported.

Republican Rep. Kevin McCarthy of California, expected to be the next speaker of the House, has said that “a bill to control the border” would be Republicans’ first priority if they took control of the House.

The American Farm Bureau Federation, an agricultural lobbying group, opposes the bill, arguing that the expanded protections for farm workers would dramatically increase farms’ exposure to frivolous lawsuits, the WSJ reported. Supporters, including the pro-immigration American Business Immigration Coalition Action, have said that the risks are being overblown considering that farmers are rarely the target of lawsuits under current protections.

The push comes as McCarthy said Tuesday that the GOP would begin looking for grounds to impeach Department of Homeland Security Secretary Alejandro Mayorkas, describing Mayorkas’ border response as a “dereliction of duty.”

More than a dozen Republican states wrote to Senior Judge Emmet Sullivan of the U.S. District Court for the District of Columbia, requesting to intervene in a case that would end Title 42, a Trump-era policy that was used to expel more than one million migrants to blunt the COVID-19 pandemic, after the judge’s Nov. 15 ruling that would force the Biden administration to phase it out in December.