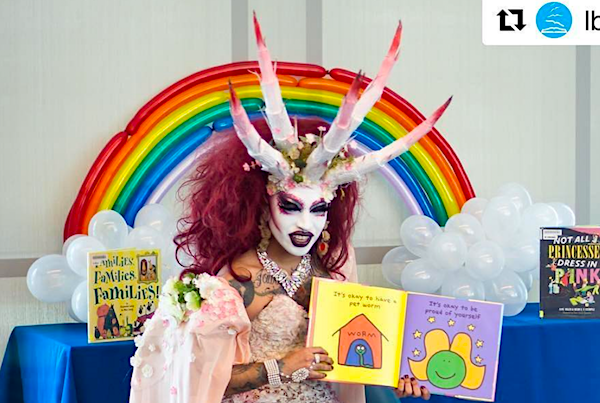 A Jewish community center in Wisconsin is hosting a drag queen story hour as a part of a “Family Fun Day” event, according to the center’s website.

The Harry & Rose Samson Family Jewish Community Center in Whitefish Bay, Wisconsin, will host a Drag Queen Story Hour on Nov. 13, structured for children between the ages 2 and 5 years old, according to the center’s website. After the reading, families will put together a “mitzvah” project as charity towards the Jewish Community Pantry.

The event will feature the Drag Queen Story Hour Milwaukee chapter, who will read books to the children on social justice.

Rabbi Yaakov Menken, Managing Director of the Coalition for Jewish Values, a non-profit that focuses on conserving classical Jewish ideas, told the Daily Caller News Foundation that the drag queen story hour is in contradiction to traditional Jewish beliefs.

“The entire purpose of this organization is to promote behaviors contrary to Judaism, beginning from the explicit verse in Deuteronomy prohibiting ‘cross-dressing,’ wearing clothing intended for the other gender,” Menken told the DCNF. “That, of course, is the least of the digressions from Judaism promoted by this group. It has no place in front of vulnerable children, and certainly not in a Jewish setting.”

The Harry & Rose Samson Family Jewish Community Center and the Drag Queen Story Hour Milwaukee chapter did not immediately respond to the DCNF’s request for comment.