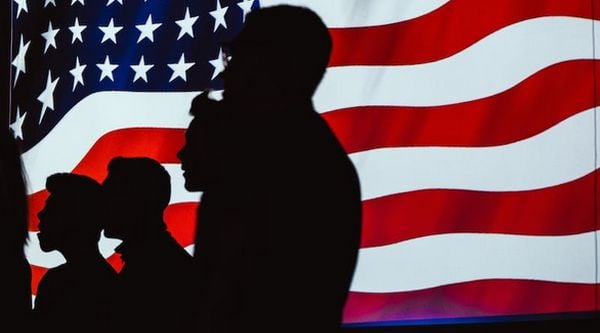 An analysis of the midterm election results this week, which likely will give the Republicans the majority in the U.S. House, leave the Senate split almost evenly and divide governorships between the parties, has pinpointed what the GOP needs to do before 2024.

Find candidates who can reach out to both "Country Club" and "MAGA" members, develop a message for young and female voters and begin to take advantage of early voting.

That's the verdict from John Solomon at Just the News.

After Tuesday's results, it appears the Republicans are on the verge of taking the House majority, and in the Senate it's possible either party will control by probably a single vote, depending on yet-unresolved campaigns.

While some had predicted a "red wave" for Republicans and then cited a "blue wall" that rose up, the results actually were quite positive for Republicans, given the losses sustained during the 2020 election when Democrat influencers, from the FBI to Mark Zuckerberg, worked against President Trump and for Joe Biden.

In fact, many of the factors that affected the outcome in 2020 remained to help Democrats in 2022. For example, instead of Zuckerberg's $400 million to recruit Democrat voters, Biden issued an executive order that all federal agencies do that recruiting.

The FBI's decision to lobby Big Tech to suppress damaging information about the Biden family empire, depriving voters of information they should have had about the candidate before the vote, has been largely replaced by a system of back-door connections through which government can tell social media companies what to suppress.

So the results, Solomon found, reflected a voting population that was unwilling to jump into either party's pool without reflection.

They delivered an "unmistakably split verdict" to the nation, including messages that a large majority don't like Democrats' extreme left policies or the direction Joe Biden is ordering them to go.

So they settled on "divided government."

"Secondly, the country's demographics have shifted markedly since the pandemic. New York has been drained of many fleeing Republicans, keeping a surging Lee Zeldin from winning, and the Southeast has been fortified by red voters so much so that Florida is no longer a tossup battleground," he noted.

Further, "Latinos are trending red, while young voters charged up about climate change and abortion are essential to Democrat victories going forward."

Republicans have winners when a nominee has messages that reach "a rapidly expanding MAGA base" as well as the traditional Republican voters.

Solomon said failings for Republicans appeared in candidates who fail to reach out to parts of their party, and they don't have close enough links to voters under 30, whose concerns are climate and abortion.

Then there's early voting, which Democrats have refined and tuned.

He pointed out that Democrats are entering the 2024 presidential race "upside down" on the economy, which has been a disaster under Joe Biden, and energy, where costs have exploded under Biden's constant attack on the nation's energy industry.

Then there are Democrat deficits on parents' rights and crime.

"But Republicans can only take advantage if they counter with the right candidates, improve fundraising, figure out early mail-in voting and create new messaging targeting young, college-educated and female voting blocs," he wrote.