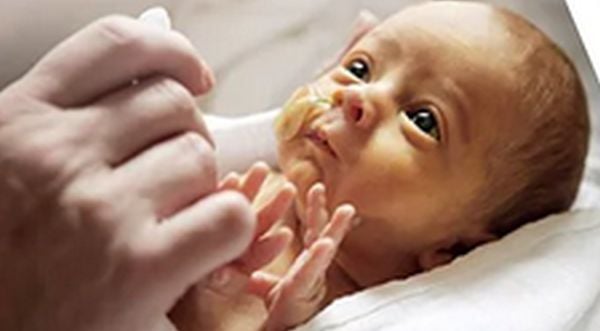 Canada has had its "Medical Aid in Dying" assisted suicide law for many years already.

But now it has taken a huge leap – to target children and infants.

The report comes from the online publication ZeroHedge.

That organization reported on the newest advisory from the Canadian Pediatric Society, which says, "Ensuring that newborns, children and youth receive the highest possible standard of care as they are dying is a privilege and a responsibility for physicians and allied professionals. Bringing a thoughtful, respectful and personal approach to every end-of-life situation is an essential and evolving duty of care, and the process should meet each patient’s (and family’s) unique social, cultural and spiritual needs."

The report explained, "So the medical system gets official permission from the Public Health© authorities (the CPS being the foremost authority on children’s medicine) to kill children… as long their decision-making is 'respectful' towards 'social, cultural, and spiritual needs.'"

The report continued, "The Canadian Pediatric Society refers to the children it aims to mercy-kill as 'mature minors,' an Orwellian term apparently intended to convey that they are intellectually developed enough to decide to kill themselves"

The report explained the targets, "amazingly," include infants.

"Canadian health care professionals are increasingly being approached by the parents of ‘never-competent’ infants and children, including those too young to make a reasoned decision, and by youth themselves, to discuss MAID-related issues. Results from a Canadian Pediatric Surveillance Program (CPSP) survey, discussed below, indicate that parents raise such questions with pediatricians more often than do minors…

"In the foreseeable future, parents may challenge health care decisions in court on the grounds that continued life, as experienced by their dying or profoundly disabled child, is not in that child’s best interests."

Its all part of the new green agenda that suicide should be optional.

"Proponents of the practice frame state-facilitated suicide as a peculiar form of self-empowerment, taking back the right to end your life on your own terms rather than 'someone else,'" the report said.

ZeroHedge reported, "All social engineering programs are slippery slopes, moving predictably from the most reasonable and appealing arguments based on rationality to the most extreme, ideologically driven ones.

"In this case, the more reasonable government suicide argument starts with older adults nearing the end of their life, in unbearable physical anguish due to one illness or another. That’s how it’s initially sold."

It was just last year that the Canadian Criminal Code was changed to "repeal the provision that a person’s natural death be reasonably foreseeable in order for them to be eligible for [assisted suicide]."

One condition that was added was that a patient claiming a mental illness can ask for assisted suicide.

"This is not theoretical. The Belgian government already killed an otherwise physically healthy 23-year-old on mental health grounds this year," the report said.