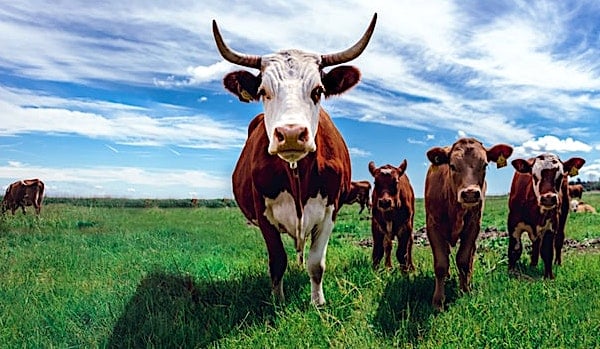 (Photo by Jonas Koel on Unsplash)

Green agenda advocates across the United States use as one of their talking points the possibilities of fake meat, the lab-grown products that, theoretically would eliminate much of America's livestock-production industry, saving all that feed and fuel and fertilizer.

Just recently, the Food and Drug Administration determined that a California company's lab-grown products are safe to eat.

However, the industry is far from being mainstream, as a recent report from Bloomberg pointed out.

That's because it documented that, "Photos and internal documents from a Beyond Meat Inc. plant in Pennsylvania show apparent mold, Listeria and other food-safety issues, compounding problems at a factory the company had expected to play a major role in its future." 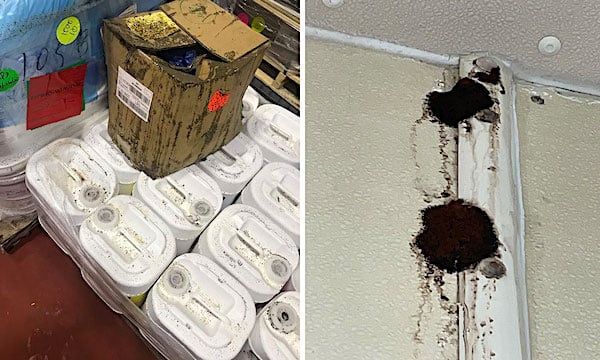 Photos from a Beyond Meat plant in Pennsylvania show apparent mold and other food-safety issues. (Twitter)

The report said, "Products from the plant tested positive for Listeria, a harmful bacteria, on at least 11 occasions during the second half of last year and the first half of 2022, according to an internal document provided by a former employee concerned about conditions at the plant. The occurrence of the bacteria at the facility was confirmed by two former employees, who asked not to be named discussing private information about the company. While Listeria is frequently present at food plants, it’s more unusual for it to be found in the products themselves."

According to a Western Journal report on the situation, the documents and photographs from the plant in Philadelphia "paint a picture of dangerous conditions with possible repercussions for consumers."

The report noted a feed-safety lawyer told Bloomberg the conditions at the plant were "seriously unhygienic."

"If neat and tidy is one and filthy is 10, I’d put this at an eight," lawyer Bill Marler commented. "Mold growth takes a while — that underscores a lack of cleanliness."

Photos and internal documents from a Beyond Meat plant in Pennsylvania show apparent mold, Listeria and other food-safety issues, compounding problems at a factory the company had expected to play a major role in its future https://t.co/zZCgp4WQg6 pic.twitter.com/CdjeGR9EbK

Western Journal reported that the FDA is yet to inspect the facility for safety, "since the public company acquired the plant."

But plant papers also suggested wood, string and metal had been found in Beyond Meat products from the operation.

Beyond Meat declined to comment when questioned on the documents and photos by Bloomberg.

USA Today reported, "Lab-grown meat – which is also referred to as cell-based, cultured or cultivated meat – is meat made using animal cells. Upside Foods will make its cultivated chicken, for example, by taking living cells from chickens and growing those cells in a controlled environment (outside the animal's body) to make cultured cuts of meat."

That corporation still has ways to go before any products could show up in stores. It still needs approval from the United States Department of Agriculture Food Safety and Inspection Service next.