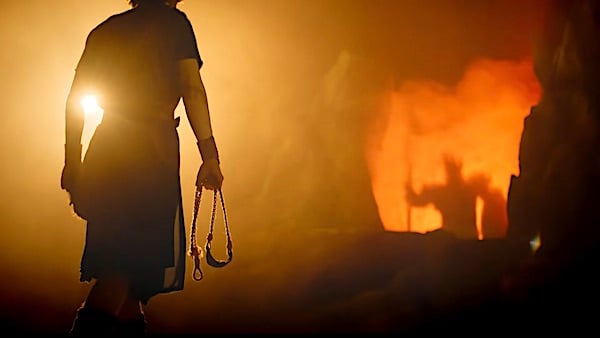 A scene from 'David' at Sight & Sound Theaters. (Video screenshot)

(JERUSALEM POST) -- Biblical scholars have come up with a curious theory - Cavalry, the hill just outside of Jerusalem, is the location of David's famous battle with Goliath that ended with David burying the giant man's severed head, according to the Daily Star.

They also believe that if the area is excavated, archeologists will find Goliath's skull. Researchers are looking for solid proof that the skull is buried at Cavalry — which is where Jesus was crucified, according to the New Testament.

No excavations have been carried out there as of yet; the area is quite literally within the confines of the Church of the Holy Sepulchre. Experts do, however, claim that even if excavations are greenlit and no skull is found, that location is still the place where the historic battle took place.