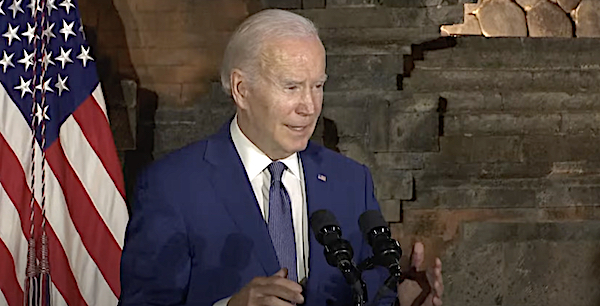 President Biden had promised his priority after the midterms was to codify the overturned Roe v. Wade decision establishing a right to abortion, but Monday he said the measure doesn't have enough votes.

At the end of a Q&A in Indonesia with Chinese President Xi Jinping, NBC's Peter Alexander yelled a question from the sidelines, asking what Americans should "expect from Congress as it relates to abortion rights after the midterms."

"I don't think they can expect much of anything other than we're going to maintain our positions," Biden said. "I'm not going to get into more questions. I shouldn’t even have answered your question.

The latest projection by NBC News has Republicans taking the House majority, with 219 seats to the Democrats' 216.

In October, Biden said that if his party maintains the House and Senate, the "first bill I will send to the Congress will be to codify Roe v. Wade."

"And when Congress passes it, I’ll sign it in January, 50 years after Roe was first decided the law of the land," he said.