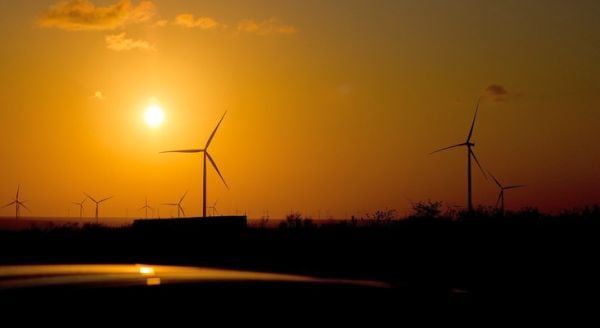 President Joe Biden announced millions in spending aimed at clamping down on greenhouse gas emissions in a speech at the United Nations climate summit in Egypt on Friday.

The Environmental Protection Agency (EPA) will tighten requirements for oil and gas companies to cap methane emissions and mandate responses to credible reports of excessive methane leaks, according to a White House fact sheet released ahead of Biden’s address. He also announced hundreds of millions in climate funding for poorer countries across the world, seen as vulnerable to climate change, and pledged to meet the administration’s objective of $11 billion in climate funding.

“I introduced the first piece of climate legislation to the U.S. Senate in 1986, and my commitment to this issue has been unwavering. Today, I can stand as president of the U.S. and can say with confidence we will meet our emission reduction targets by 2030,” Biden said at his “Decarbonization Day” address at the COP27 international climate summit, hosted this week in Sharm El-Sheikh, Egypt.

At the summit, Biden promised $150 million in “emergency” climate funding for Africa, $13.6 million for World Meteorological Organization research and $15 million to deploy early-warning weather forecasting systems across the continent, according to the WSJ. He also announced $100 million to support the United Nations Adaptation Fund, a global bank of disaster response funding to combat natural disasters experts have pegged to a warming climate.

However, the U.S. still owes $50 million from 2021 pledges to the fund, on top of an outstanding $2 billion debt to the U.N. Green Climate Fund, The Wall Street Journal reported.

Tomorrow, I’ll join other global leaders at the COP27 in Egypt.

We’re living in a decisive decade – one in which we have an opportunity to prove ourselves and advance the global climate fight. Let this be a moment where we answer history’s call. Together.

The EPA rule, if enacted, will affect thousands of wells, storage tanks and natural gas processing facilities across the U.S., with operators forced to replace equipment that violates EPA regulations and buy new monitoring equipment, the WSJ reported. Methane can capture as much as 80 times more heat than carbon dioxide in its first 20 years in the atmosphere, making it one of the largest contributors to climate change.

“Flaring,” a technique that involves releasing excess methane produced from gas and oil wells into the atmosphere, would also be restricted under the new rules, EPA Administrator Michael Regan said, according to the WSJ.

“We must lead by example when it comes to tackling methane pollution – one of the biggest drivers of climate change,” Regan said in a statement.

Industry executives warned that the new regulations could cripple smaller oil and gas companies that can’t afford to refurbish or replace equipment to meet regulations, the WSJ reported.

“While everyone wants to produce oil and natural gas using sound environmental procedures, there will always be a need to assure that the regulatory structure is cost effective and technologically feasible,” Lee Fuller of the Independent Petroleum Association of America, told the WSJ in a statement.