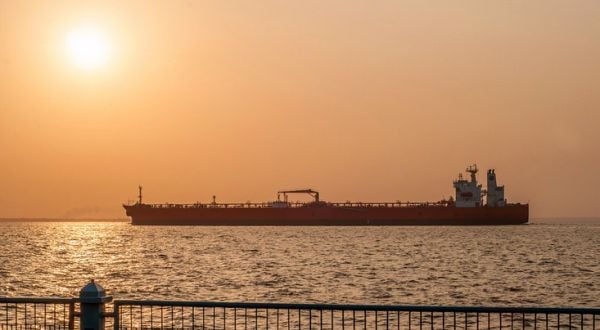 The Biden administration is set to give Chevron Corp. a license to pump oil in Venezuela, according to The Wall Street Journal.

As part of the deal, Chevron would retain partial control of both production and maintenance for a select set of run-down oil fields it previously had stakes in with Petróleos de Venezuela SA, a state-run oil company in Venezuela, according to the WSJ, citing people familiar with the matter. The deal, which is contingent on certain debts being repaid, would also mean President Joe Biden is continuing to move away from sanctioning the socialist regime.

“We join the international community in welcoming the resumption of negotiations between the Unitary Platform and the Maduro regime,” a National Security Council (NSC) spokesperson told the Daily Caller News Foundation.

The Biden administration has offered to ease sanctions on the Socialist regime after the administration of former President Donald Trump used a “maximum pressure” approach to stop the Venezuelan government from enriching its leaders with resources, rather than its own citizens.

“We have long made clear our willingness to provide targeted relief based on concrete steps that alleviate the suffering of the Venezuelan people and bring them closer to a restoration of democracy,” the NSC spokesperson told the DCNF.

Meanwhile, Chevron plans to adhere to any U.S. sanctions while working in Venezuela.

“We continue to conduct our businesses in compliance with the current sanctions framework provided by the U.S. Office of Foreign Assets Control (OFAC) under General License 8,” Chevron said in a statement to the DCNF.

Venezuelan dictator Nicolas Maduro and his political opposition led by western supported-Juan Guaido are likely to announce Saturday a $3 billion humanitarian program that would use Venezuelan funds unfrozen by the U.S., the WSJ reported, citing people familiar with the matter. The announcement will also include the resumption of talks on free and fair elections in Mexico City in December, which would lead the Biden administration to permit Chevron’s return to Venezuela.

The meeting is also expected to yield an agreement to use $3 billion in frozen Venezuelan funds in overseas accounts for humanitarian aid, electricity and water infrastructure, according to the WSJ.

“With the restart of the dialogue in Mexico, a road has been opened to the normalization of economic aspects of national life,” Venezuelan Vice President Delcy Rodríguez said Thursday at a meeting with business executives in Caracas, according to the WSJ.

The opposition in Venezuela is prepared for an agreement on free and fair elections, it said Thursday, according to the WSJ.

“We have long made clear our willingness to provide targeted relief based on concrete steps that alleviate the suffering of the Venezuelan people and bring them closer to a restoration of democracy,” a spokesperson for the U.S. National Security Council said, according to the WSJ. “Any step taken is done in coordination with [Venezuela’s opposition coalition].”

The U.S., which is attempting to move towards more reliance on green energy, continues to face a national fuel shortage that’s leading the Biden administration to lean on foreign energy sources, like Venezuela. The Biden administration and other western nations have also imposed sanctions on Russian oil in their efforts to weaken the Putin regime’s economy after the invasion of Ukraine.

The U.S. has roughly 27 days’ worth of diesel supply remaining, according to the Energy Information Administration.

The national average for a gallon of regular gasoline is $3.58, up roughly 18 cents from a year ago, according to AAA. Meanwhile, national diesel prices have surged to an average of $5.25 per gallon, a $1.60 increase from a year ago.

Chevron’s potential new oil license, however, wouldn’t necessarily mean that production would rapidly increase, according to the WSJ. That’s in part due to the company’s challenges in managing fuel shortages, oil infrastructure prone to accidents, security and corruption issues.

“We are a constructive presence in Venezuela, where we have dedicated investments and a large workforce who are dependent on our presence. We remain committed to the safety and wellbeing of our employees and their families, the integrity of our joint venture assets, and the company’s social and humanitarian programs during these challenging times,” Chevron told the DCNF.

WND News Services
These reports are produced by another news agency, and the editors of WND believe you'll find it of interest.
Pentagon unsure Ukraine can retake Crimea anytime soon
Tucker Carlson calls Boris Johnson 'coward' for ducking debate on Ukraine
Everything that needs electricity is made with oil
Restaurants sees natural gas bill soar $6,000 in one month
Americans dipping into retirement savings just to make ends meet
See more...