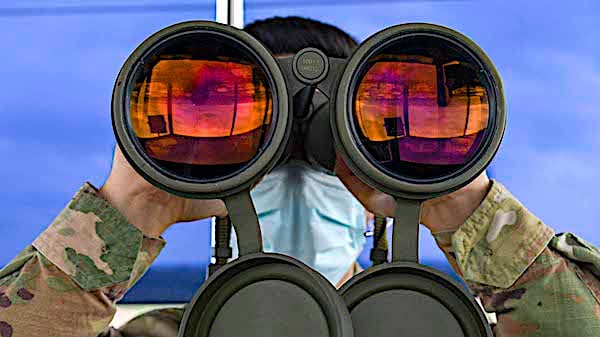 The U.S. government must shut down a secret police station operated by the Chinese Communist Party regime in Lower Manhattan, arguing it is a violation of American sovereignty, urges China watcher Gordon Chang.

But it is being used to track Chinese individuals of interest to the regime, the New York Post reported last month.

"Whether handling routine services or hunting down individuals, the bureau has been engaged in activities violating American sovereignty," Chang wrote for the Gatestone Institute, where he is a senior fellow.

In September, an independent investigation reported 30 Chinese surveillance stations were established in 25 cities across 21 countries at the beginning of 2022. Since then, another 22 stations have been set up in 22 new cities in 17 countries.

Chang said there is "no mystery as to why the Chinese regime felt it could get away with this on American soil."

"China's boldness is the result of Presidents Obama, Trump and Biden — and perhaps those before them — knowing about improper and illegal activities in America of Chinese consular officials and Ministry of State Security agents but choosing not to expel or punish the perpetrators," he said.

He noted that last year, an armed security guard attached to the Chinese consulate in New York City caused facial injuries to a Manhattan resident as she was photographing a protest on the sidewalk outside the Chinese diplomatic outpost.

He pointed out that although the FBI interviewed the victim about the assault, the Biden administration apparently has not taken any action against either the guard or China's New York consulate.

In a video interview with WND earlier this month, Chang said that with three strongman leaders of unstable, nuclear-weapon nations, "there has never been a more dangerous moment in history.

Pointing to Xi Jinping of China, Kim Jong Un of North Korea and Vladimir Putin of Russia, he noted "all three of them have been making threats – first strike threats – with their nuclear weapons, both strategic and tactical,."