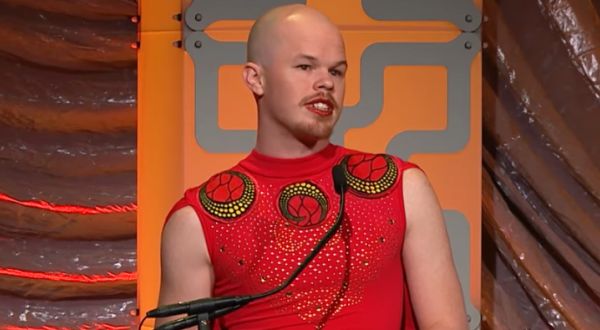 Brinton, who was hired by the administration in February, was filmed allegedly stealing a woman’s roller bag at the airport’s baggage claim area by security cameras on Sept. 16, according to a criminal complaint filed on Oct. 27. Security footage also showed Brinton taking the woman’s luggage from the baggage carousel and then removing the tags before leaving the scene at a “quick pace,” according to the complaint.

“After DEFENDANT took the blue bag from Carousel 7, DEFENDANT is observed leaving the airport in a Rideshare vehicle with the blue bag,” the complaint read. “Records from American-Airlines confirmed that DEFENDANT did not check a bag when DEFENDANT departed Washington D.C. to MSP Airport.”

Brinton is an outspoken LGBTQ activist and identifies as genderfluid while using they/them pronouns and, according to The Washington Examiner. Brinton was also a member of a drag queen society called the “Sisters of Perpetual Indulgence,” and dressed up as a drag queen character called Sister Ray Dee O’Active, according to a 2018 Instagram post.

Brinton was questioned by police on Oct. 9 after security footage showed the nuclear official carrying the bag at Dulles International Airport, according to the complaint; Brinton initially claimed that the bag was taken by mistake, and no clothes or objects had been removed from the case, before revising the story.

“Approximately two hours later, DEFENDANT called your Complainant. DEFENDANT apologized for not being “completely honest”. DEFENDANT admitted to taking the blue bag, but stated they were tired and took the suitcase thinking it was theirs. DEFENDANT said when they opened the bag at the hotel, they realized it was not theirs,” the complaint read. “DEFENDANT got nervous people would think they stole the bag and did not know what to do. DEFENDANT stated they left the clothes from the bag inside the drawers in the hotel room.”

None of the female victim’s clothes were found in Brinton’s hotel room, according to the complaint. The contents of the bag were valued at over $2,000.

Brinton enjoys engaging in “pup-play” as well as other forms of animal role-playing and sexual fetishes, one of which includes tying up a sexual partner and eating a meal on them while watching Star Trek, according to a 2017 article featured in the Rensselaer Polytechnic Institute’s student newspaper.

The victim, who had still not received her bag as of Oct. 27, said that the items in her bag were worth over $2,300, according to court documents. Brinton may receive a maximum penalty of five years in jail, a $10,000 fine, or both if they are found guilty, according to Minnesota law.

The Energy Department told the Daily Caller News Foundation that Brinton is on leave and is not currently performing any duties. Brinton did not immediately respond to the DCNF’s request for comment, and the MSP Airport Police Department declined to comment on the case as it is ongoing.