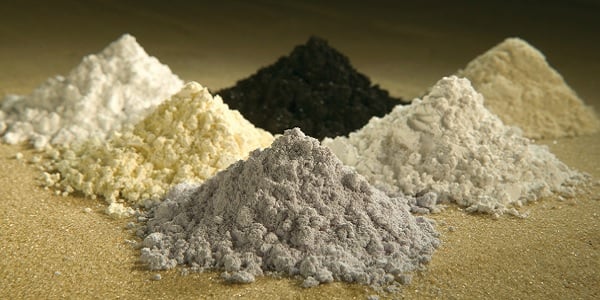 The Department of Defense (DoD) has set aside over $1 billion to help the U.S. acquire more rare earth minerals, which are needed to produce “clean energy” technologies, from Canadian and other “domestic” sources. However, Chinese companies have significant ownership in major Canadian mining companies, and some of them have also been involved in 89 public acquisitions and investments in Canadian mining companies over the past ten years, according to a Bloomberg analysis.

“The Biden administration knows it will be too difficult to take on environmental activists in opening up/expanding U.S. mining infrastructure,” Mark Mills, a senior fellow at the Manhattan Institute, told the Daily Caller News Foundation. “They want more electric vehicles but they want to ‘hide’ the supply-chain implications with legislative legerdemain.”

Investors with ties to China hold shares in at least 27 publically-traded Canadian metals and minerals companies, according to Bloomberg. In total, Chinese investments and part ownership in Canadian mining are worth up to $14 billion.

Sinotech Hong Kong, a Chinese minerals company, is the top investor in Nickel North Exploration, a Canadian copper miner, and owns a 49.7% stake in the company, Bloomberg reported. China’s Zijin Mining Group and a division of the state-owned Citic Metal Group are two of the largest shareholders and own a combined 39.5% of Canadian mineral company Ivanhoe Mines.

Canada announced in late October that it would make it more difficult for state-owned or operated entities to purchase stakes in the Canadian critical minerals industry, according to a government statement. Some of the factors that will be considered include the extent to which a foreign government may control assets, the level of industry competition and whether the deal may jeopardize national security.

“It would be fairly easy for them [the Canadian government] to stop an outright acquisition or take over but expunging capital absent formal ‘sanctions’ it is not really feasible and frankly dangerous precedent,” Mills said.

“Demand projections are staggering and it takes time to stand up a new mine; the Defense Production Act does nothing to streamline the permitting process, which is something that’s sorely needed,” a National Mining Association spokeswoman told the DCNF.

The law enables the DoD to take actions to increase the procurement of rare earth minerals and Congress has allocated a total of $1.1 billion to support the law’s activities in its Ukraine aid and climate spending bills. Although the law stipulates only domestic sources may benefit from government funding, Canadian businesses are considered domestic sources, according to a June White House report.

“The DoD has held more than 150 one-on-one meetings, webinars, roundtable discussions, and other industry and stakeholder engagement events since the promulgation of the Presidential Determination, under Title III of the Defense Production Act,” a DoD spokesman told the DCNF. “The purpose of these meetings is to educate external stakeholders on Government requirements and the process for submitting an application for Defense Production Act funds.”

China dominates the rare earth minerals industry and accounted for 60% of global critical mineral production in 2019, according to a 2021 International Energy Agency report. China also refines and processes the majority of the world’s minerals, accounting for 50% to 70% of lithium and cobalt refining and nearly 90% of all other rare earth elements.

The White House, Sinotech, Nickel North Exploration, Zijin Mining Group, Citic Metal Group and Ivanhoe Mines did not immediately respond to the DCNF’s request for the comment. Canada Natural Resources did not comment on how it would prevent American funding from potentially ending up in Chinese hands.