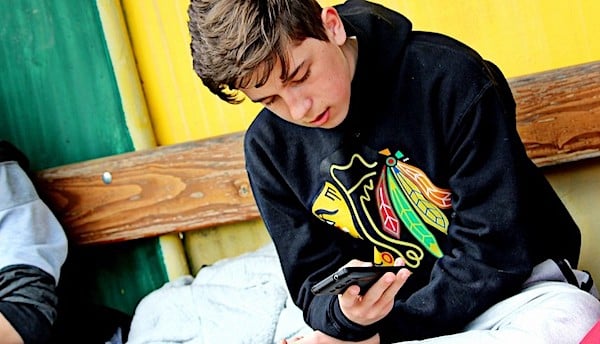 Guests on “Real Time with Bill Maher” called for parents to ask middle-school principals to effectively ban kids from having their phones Friday.

“What we need to do as a starting move – this is something we all can do – is get the phones and social media the hell out of middle school,” NYU professor Jonathan Haidt said. “Let’s just protect middle school, OK?”

Haidt called for requiring students to put their phones in a locker or Yonder pouch, and to not have access to them for the school day, and compared letting kids keep their smartphones to allowing a heroin addict have the materials needed to “shoot up.”

“Talk to the principal … and say, ‘Can you help us?’” Haidt said, saying he was told teachers and administrators hated the presence of phones in class.

Haidt’s comments came in response to CNN host Laura Coates describing how she did not allow her elementary-school-age children to have smartphones, drawing praise from Haidt.

Should middle-school principals ban kids from having their phones?
99% (66 Votes)
1% (1 Votes)

“Don’t your kids complain to you that the other kids have this and we don’t?” Maher asked.

“For me, no,” Coates responded, laughing, adding that she tells her kids that the prohibition can be “added to the bill for their therapy in 20 years.”

A National Institute of Health (NIH) study released in 2018 discovered that 9 and 10-year-old children who started at smartphone screens for more than two hours a day had a thinning of the cortex and scored lower when tested on language and thinking.

Fox News host Tucker Carlson called on Congress to raise the age to use smartphones like the Apple iPhone to 18 in 2019, saying that taking an iPhone from a teenager was a way to discover “what addiction means.”