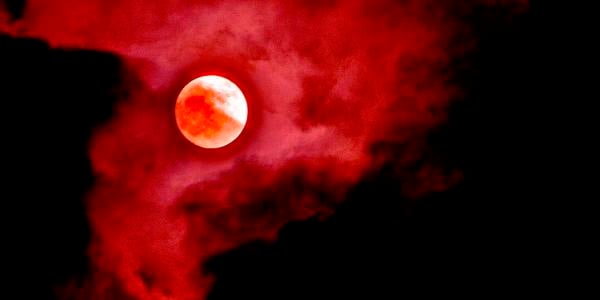 (CBN NEWS) -- A total lunar eclipse or "blood moon" will hang in the sky as ballots are tallied on the night of November 8, and it has sparked some church leaders to believe that the upcoming midterm elections could have prophetic significance.

A lunar eclipse is caused when the sun, moon, and earth align, essentially blocking the sun's rays from reflecting off the moon. During the eclipse, the moon will be almost entirely obscured only allowing a small amount of the sun's light to be seen. Those peaking rays will give the moon its orange or "blood red" hue.

This celestial event will be the third of its kind in the last 18 months – the second one in 2022. Then the next lunar eclipse won't occur until March 14, 2025.

TRENDING: Tucker Carlson: 'Everybody in power is panicked over this'

WND News Services
These reports are produced by another news agency, and the editors of WND believe you'll find it of interest.
E.U. cuts chief's statement about massive number of Ukrainians killed in war with Russia
French surrender firearms in record numbers during government crackdown
Government tries to seize guardianship of baby after parents demand unvaccinated blood for surgery
Report: Vast majority of Americans should wait until age 70 to collect Social Security
Wireless 'smart bandage' speeds up healing of serious wounds by 25%
See more...

Report: Vast majority of Americans should wait until age 70 to collect Social Security