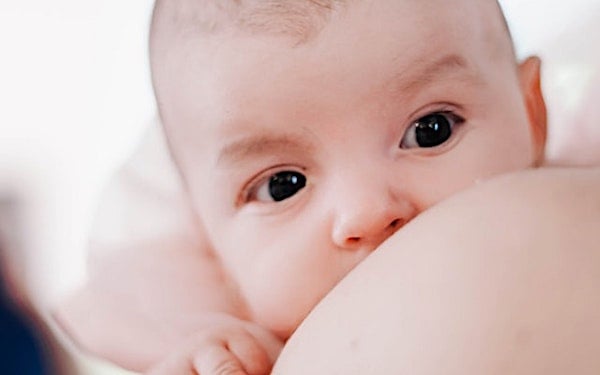 (Photo by Bia Octavia on Unsplash)

As a certified lactation counselor, Mary Jackson normally visits maternity wards and community centers. But on Dec. 6, 2022, she will make a detour for the second time to the Supreme Court of Georgia.

Jackson will not come to train nursing mothers or medical staff — something she has done skillfully for decades. Instead, she will come to defend her right to earn an honest living without being forced to obtain a cumbersome certification required nowhere else in the United States.

Sitting next to her in the gallery will be colleagues from Reaching Our Sisters Everywhere (ROSE), her Georgia-based charity that works to reduce breastfeeding disparities for African American women. Together, Jackson and ROSE sued to stop a 2016 Georgia law that would establish a state monopoly for one accrediting association that has pushed for these kinds of laws across the country.

Our public interest law firm, the Institute for Justice, represents Jackson and ROSE, but the case has broader implications. If the high court upholds Georgia’s law, more than 800 lactation consultants would have to pause their careers and go back to school.

Many cannot afford the expense. Besides spending roughly two years in college and paying thousands of dollars in tuition, they would have to complete up to 1,000 hours of supervised work and pass a state-mandated exam.

By way of comparison, 46 states and Washington, D.C., allow lactation consultants to work unimpeded. Rhode Island, Oregon and New Mexico license the occupation, but the burden in those jurisdictions falls far short of the Georgia standard. Jackson would be allowed to work in any other state but Georgia.

Creating new licensing requirements for an ancient occupation — something people have done safely for thousands of years — defies common sense. Yet the trial court dismissed the case in 2019 without allowing Jackson and ROSE to present evidence. Fortunately, the Supreme Court of Georgia reversed that decision, sending the case back to the Fulton County Superior Court for full consideration on the merits.

In doing so, the justices sent a strong message: “We have long interpreted the Georgia Constitution as protecting a right to work in one’s chosen profession free from unreasonable government interference.” In other words, Georgians derive their freedoms not just from the U.S. Constitution, but from the state. The Georgia Constitution cannot be ignored merely because lawmakers in Atlanta want to pick winners and losers.

With momentum from the reversal, Jackson and ROSE returned to the trial court and scored a major win in 2020. Their victory should have settled the matter, but the state appealed, setting up Round 2 at the Supreme Court of Georgia.

This time the justices have a chance to put an exclamation mark on their original ruling. They can clarify that the Georgia Constitution applies not just in theory to hypothetical victims of government overreach, but in actual practice to real people facing real harm.

Mary Jackson and ROSE lack resources to lobby successfully at the state Capitol, but they deserve to be heard. So do crying babies and sleep-deprived moms.

If Georgia wants to limit who can serve families in need, it must show a legitimate public interest. Regulators also must show that a law has a real connection to that interest. An independent state panel, the Georgia Occupational Regulation Review Council, already explored the issue in 2013 and unanimously recommended against licensing lactation consultants.

That’s government testimony against itself, which state lawmakers chose to ignore.

More recently, the Washington State Department of Health conducted its own study with similar results. Researchers found no upsides to licensing lactation consultants, and plenty of downsides. “The proposal would place a significant financial burden on lactation consultants, particularly in rural areas, without a corresponding increase in public protection,” the report concludes.

Jackson and ROSE agree. So do their clients. Hopefully, Georgia’s highest judicial authority will come to the same conclusion. Newborn babies cannot speak for themselves. They need champions — not just in the nursery, but in the courts.

Renée Flaherty is a senior attorney and Daryl James is a writer at the Institute for Justice in Arlington, Va.