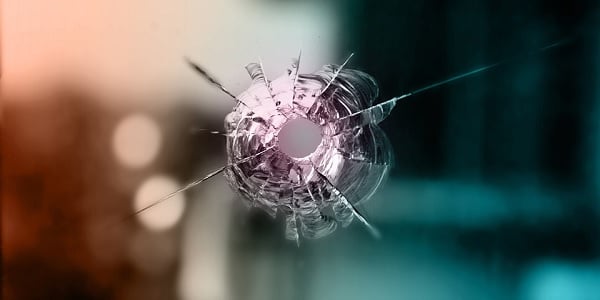 North Carolina Republican House candidate’s Pat Harrigan’s daughters were present when a shot was fired into his parents’ residence on Oct. 18, his campaign manager told The Carolina Journal.

The bullet punctured a window close to where his children were sleeping, campaign manager Brandon Craft revealed to the outlet. Harrigan, a Green Beret veteran, is running for office in the state’s 14th Congressional District.

Local, state and federal authorities are coordinating to investigate the incident, Craft told the Journal.

“No one was injured, but the officers investigating did find evidence of a bullet casing which is being looked into,” Hickory Police Department spokesperson Kristen Hart told the outlet.

I saw a lot of scary costumes on Halloween last night, but the scariest thought on my mind is Jeff & Joe sleeping through another term of a democrat controlled House. It is time we have mindful policies in Washington, not politics.

Harrigan is running against Democratic state Sen. and fellow veteran Jeff Jackson. Politico predicted in May that the newly-created 14th Congressional District in the suburbs west of Charlotte would likely see a Democratic victory.

The Republican rented an apartment in the district after announcing his campaign, with his family residing outside its borders in Catawba County, WFAE reported. Jackson has challenged Harrigan for voting in Mecklenburg County primary in May, accusing him of failing to establish the apartment as his “permanent domicile” in line with state law.

Harrigan spokesperson Jordan Shaw told WFAE that the candidate plans to move to the district regardless of the election’s outcome.

Harrigan’s campaign did not immediately respond to the Daily Caller News Foundation’s request for comment.