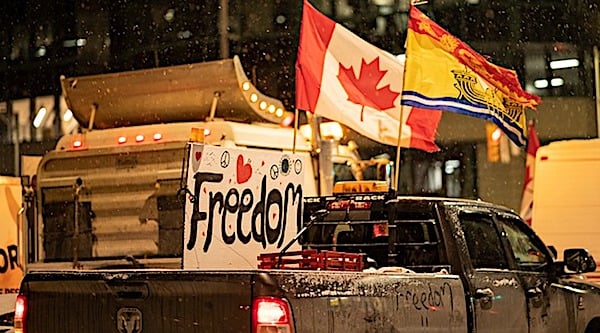 (FOX NEWS) – Canadian Prime Minister Justin Trudeau on Friday said he is convinced he "made the right choice" in invoking historic emergency powers earlier this year to shut down the Freedom Convoy protests against Canada's COVID-19 mandates.

Trudeau defended his actions in testimony before a commission tasked with investigating his use of the Emergencies Act to end the trucker protest that gridlocked Canada's capital of Ottawa for weeks in January and February. The prime minister said he was left no other choice than to call on emergency powers on Feb. 14 after he deemed a plan put forward by police insufficient to end the weeks-long demonstration.

"It wasn’t that they just wanted to be heard. They wanted to be obeyed," Trudeau said of the protesters, according to Reuters. "I am absolutely, absolutely serene and confident that I made the right choice in agreeing with the invocation."