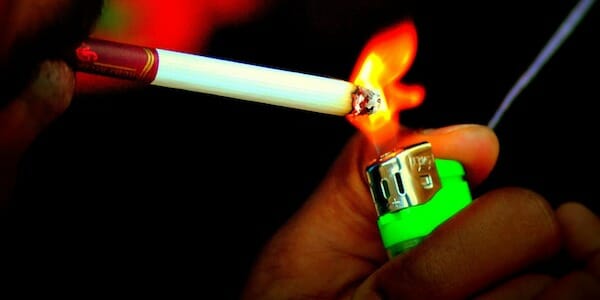 (Image by Gopi Haran from Pixabay)

For more than half a century, the American public has known that smoking tobacco can cause cancer and lead to an early death. It seems that isn’t enough for the Centers for Disease Control and Prevention, which is awarding at least $55 million next year for more research in that area.

The Division of Cancer Prevention and Control and the Office of Smoking and Health will give $40 million to “a consortium of population-specific, public health-oriented, national networks to impact tobacco-related and cancer health disparities among specific populations.”

We already know that different populations of Americans smoke more than others — native Americans and some Hispanic communities have high rates of cigarette smoking, and black smokers are much more likely to use menthol tobacco products, according to the American Lung Association.

But the grant is paying researchers in “national networks” $40 million to bring various groups together “with the goals of leveraging and pooling resources, supporting those groups in advancing health equity, and increasing implementation of culturally appropriate interventions deployed through a health equity lens.”

What’s needed, the grant summary argues, is “population-specific” ways to support prevention and control of tobacco use.

These “populations experiencing disparities” have been harmed by “generations of unfair and unjust policies and practices, including the tobacco industry’s aggressive target marketing to certain people and communities.”

Another $10 million grant will go to creating and spreading policies to stop youth and adult from smoking menthol and other flavored tobacco.

A third CDC $3.8 million grant will go to national quit-line to provide cessation counseling for people who speak Chinese, Korean, and Vietnamese.

Another $2.5 million will be given for non-specified tobacco regulatory research next year, giving potential applicants “sufficient time to develop meaningful collaborations and appropriate projects.”

Does the American public need tens of millions of spending every year to continue to tell them that cigarettes can kill them?