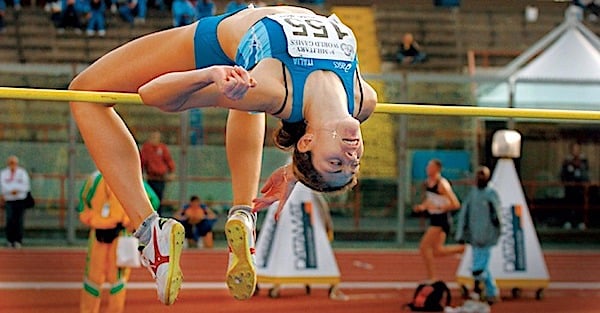 A federal district court has rejected Joe Biden's scheme to simply change federal law by redefining "sex" to mean "gender ID," "sexual orientation" or a myriad other alternatives that contemporary society has created.

The ruling will protect not only female athletes but also doctors who have been under attack by the Biden administration as it tries to vastly expand the reach of the very narrow Bostock decision that allows same-sex "marriages."

"In his Bostock dissent, Justice Alito foresaw how litigants would stretch the majority opinion like an elastic blanket to cover categories, cases, and controversies expressly not decided," the opinion from the court in Amarillo, Texas, said.

Alita had warned courts would be "mired for years" in fights about the reach of the court's ruling.

"And here we are…" the district court said.

Officials with the ADF, which had filed in support of the athletes and doctors, said it is a victory for them.

"In Neese v. Becerra, two Texas-based physicians are challenging the administration’s mandate in Section 1557 of the Affordable Care Act that forces health care professionals to perform harmful medical procedures that seek to alter a patient’s biological sex even if the procedure violates the doctor’s medical judgment or religious beliefs," the ADF explained. "That mandate depends on Title IX, a federal statute that the administration is also attempting to interpret to require women to compete against men on women’s sports teams. In its ruling Friday, the U.S. District Court for the Northern District of Texas, Amarillo Division, determined that 'because Title IX does not protect 'sexual orientation' or 'gender identity' status, neither does Section 1557.'"

"Female athletes deserve to compete on a fair and level playing field with other women, and federal law protects equal opportunity for women to excel in sports," said ADF lawyer Rachel Csutoros. "We’re pleased the court ruled to not only protect female athletes, but also doctors who should never be forced to perform controversial and medically dangerous procedures that violate their conscience and religious beliefs. In its opinion, the court rightly stopped the Biden administration’s gross overreach of its authority and political agenda."

Joe Biden's aggressive transgender agenda over the last two years has encouraged multiple instances of males announcing that they are female, and demanding to be on girls' or women's athletic teams, where they often dominate because of their inherently, male, larger muscle mass.

The court added, "the Defendants’ reinterpretation of Title IX through the Notification imperils the very opportunities for women Title IX was designed to promote and protect—categorically forcing biological women to compete against biological men."

ADF had argued specifically on behalf of athletes Maddie Dichiara, a soccer player at the University of Houston, Chelsea Mitchell, a track athlete, and Madison Kenyon, a track athlete at Idaho State.

That brief argued that U.S. Health and Human Services Secretary Xavier Becerra "simply takes women’s teams for granted without stopping to consider the pivotal role that biology-based classifications have played in promoting equal opportunities. His interpretation has dire ramifications for female athletes too, threatening to end women’s sports. Yet to give women 'real opportunities,' rather than participation trophies, schools must offer women-only teams. Title IX accomplishes this by focusing on biology, and neither the statute’s text nor purpose support the Secretary’s interpretation."

The district court concluded the plaintiffs opposing Biden's effort to change federal law by simply saying it means something else have standing because of the threat of injury to them.

And the decision found that the same-sex allowances in Bostock do not apply to Title IX.

"The court will not export Bostock's reasoning to Section 1557 or Title IX. Instead, the court analyzes 'on the basis of sex,' as used in Title IX … by giving the term its ordinary public meaning at the time of enactment and in the context of Title IX."

Bostock, in fact, created no precedent for uses in other scenarios, the court ruled.

The judge who ruled is Matthew Kacsmaryk.