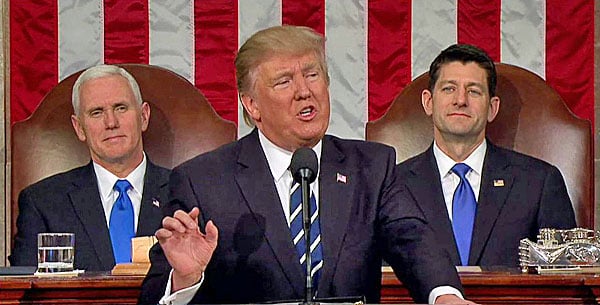 A variety of commentators and pundits have noted, over the two years of Joe Biden's presidential term, that if the GOP gains the House majority in this midterm election, which now appears probable, President Trump could return to Washington.

He wrote, just a few months back, "We need Trump now more than ever. Only Trump has the cajones to stop this madness, this self-destruction, this national suicide. Trump is the only one who can bring us back from the abyss. Trump is the one that Democrats, the media, the deep state and the D.C. Swamp fear. How do I know? Look at the news headlines. Trump is all they talk about. They are obsessed with stopping him, slandering him, destroying him, indicting him."

He continued, "We need Trump now. We can't wait until 2024. I'm not sure America will survive until 2024. That's why I created the out-of-the-box idea of Trump becoming House speaker after the GOP wins the midterms. That's why I've asked Trump about it in numerous interviews on my national radio show."

What Trump could do as speaker would include "dominating every news cycle into 2024," "leading the charge to impeach both President Joe Biden and Vice President Kamala Harris" and more.

That idea now even has Democrats fretting.

"They talk about it repeatedly. And if Trump decided he wanted to do it, it would pose a profound problem for their party," Raskin said in a recent network interview. 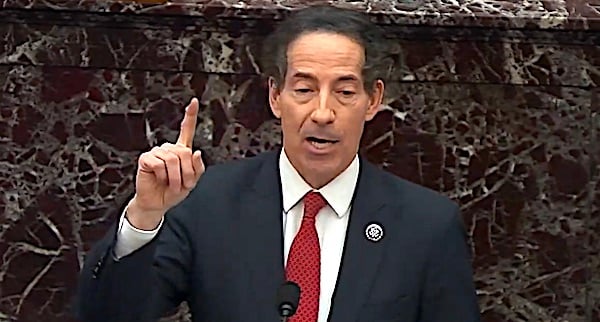 "Yes, it's a real problem for Kevin McCarthy now, because there are certain pro-Trumpists within his House caucus, who refuse to accept that he's really with Trump and they want to get rid of McCarthy. And some of them – they have names very early in the alphabet, like Biggs. And they might just vote for Trump, when they you know, take the roll call for speaker so we know that the – the hard right Freedom Caucus people are in search of another candidate and one potential candidate whose name has been floated is Donald Trump himself, because the speaker of the House does not have to be a member of the House. And they are talking about putting Trump right there."

"During a Florida Trump rally in July 2021, Gaetz promised a crowd that he intended to nominate Trump to the House Speaker position in 2022 following the midterms. He told reporters a few months later he had spoken to Trump about the prospect," the report said.

Also there previously have been votes for outsiders to be speaker, but there never has – so far – been enough of a coalition to actually make that happen.

Some networks have predicted that the GOP will be the House majority when all of the results are – finally – tabulated nationwide.

If that happens, there would be a number of changes from Nancy Pelosi's current regime.

Her partisan Jan. 6 investigation commission? Likely on the scrap heap.

Instead, investigations of Anthony Fauci and COVID. And Hunter Biden and his laptop. Possibly even Joe Biden and those payments to the Biden family empire that appear to have come from unusual sources in China and Russia.

Further, Joe Biden's spending will be tempered by the GOP agenda and its priorities. Unless, of course, Biden jumps off into the ocean of random executive orders more.

And don't forget impeachments. Some GOP members already have discussed using it as a political tool against Biden, as Democrats did against President Trump. A simple majority in the House could leave Biden, as Pelosi charged against Trump, "impeached forever," even though involuntary removal from office would be unlikely.

Others are saying it should be used legitimately to remove some of Biden's appointees, the ones Republicans say are straying far beyond their constitutional authority.

The BBC reported, "With any form of majority, Republicans will be able to slam the door shut on the Democratic legislative agenda and ramp up investigations into the Biden administration. That is a win by any measure."