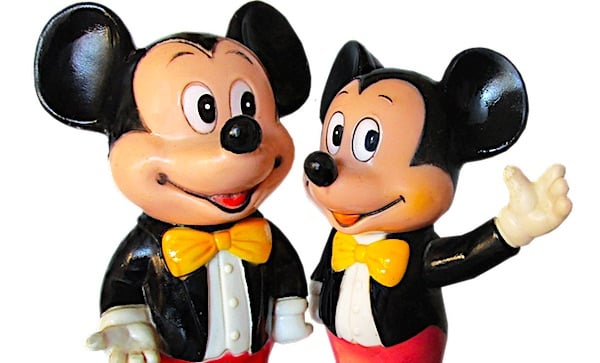 Geo Neptune is not a car, electric or otherwise.

You might not have known that, but employees of the Walt Disney Co. would because their employer recently held a "cultural journey" for workers featuring Geo Neptune.

Who was described as a "two-spirit," "she/they," "drag queen" and "merperson."

The event was noted by City Journal writer Christopher Rufo:

Breitbart also reported on the apparent efforts by the famed entertainment company to destroy any legacy left by Mickey Mouse, the Little Mermaid and the Three Musketeers, all children's classics.

Breitbart explained the event announcement given to workers targeted by the new corporate ideology of LGBTQ activism said Geo Soctomah Nepute was a member of the Passamaquoddy Tribe, an apparent reference to the town where the cartoon Pete's Dragon took place.

Disney said the character was an "indigenous cultural, spiritual, and gender role that holds the sacred space between masculine and feminine energies, a carrier of tradition, and teacher of youth."

The company said Neptune, whose fame also rests with being a "credentialed basketweaver," would "give a presentation" on meanings.

The report explained United States Artists lists Neptune as a "Master Basketbaker" since the age of 20.

The company has been promoting its LGBTQ agenda in recent projects, including its "Good Luck Charlie," "Andi Mack" and "Onward" programs.

It's even inserted same-sex ideology into its Marvel series of movies, with a character in "The Eternals" sharing a gay kiss.

The new, and stunningly anti-family, direction, however, comes with costs.

The report said Disney already has begun firing people because of its plunging income.

CEO Bob Chapek said that the company is being forced into "tough" decisions.

Shares of the Walt Disney Co. plummeted late Tuesday and into early Wednesday to their lowest level in nearly a decade as concerns mount over the company’s profitability and wild spending habits on Disney+ and other streaming services. https://t.co/MiQhdlv97F