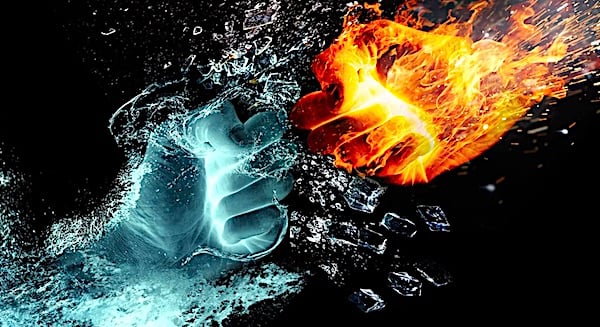 Parents, students, neighbors, friends – anyone associated with a Rhode Island school district – were being threatened with violence by a transgender activist, who then quickly tried to backtrack.

According to Fox News, it is Jennifer Lima, a school-committee member for the North Kingstown district, who is promoting "antiracist" and other politically correct ideologies in the school district.

In 2021, she faced a recall effort to pushing an alleged 'Marxist' and pro-critical race theory teaching scheme, the report said.

She recently posted on social media the warning that "Purposefully misgendering students is an act of violence."

And then she issued what easily could be perceived as a threat, with, "Respond accordingly."

She cited the definition of violence from the leftist World Health Organization, which claims, violence is "the intentional use of physical force or power, threatened or actual, against oneself, another person, or against a group or community, that either results in or has a high likelihood of resulting in injury, death, psychological harm, maldevelopment or deprivation."

Lima added, "Any act of violence in our schools which creates an unsafe environment (physically or emotionally by or for any member of the school community) needs to be dealt with accordingly. …. Purposefully misgendering students is an act of violence. Respond accordingly."

Fox reported that Lima later explained the post was speaking to 'psychological violence."

She added, "I also believe that purposely misgendering someone is an act of psychological violence when done deliberately and consistently and should be responded to accordingly."

She called for ""disciplining such occurrences in the same way as any other biased-based assault."

She claimed to support First Amendment speech protections and that, "I do not believe that post suggests that using incorrect pronouns should be met with violence."

The report explained Nicole Solas, with the Independent Women's Forum, took the statement another way.

"If you believe you're under threat of violence then to ‘respond accordingly’ means you act in self-defense, which is a physical and often violent action taken to protect yourself," Solas explained.

"Her public call for students to ‘respond accordingly’ to non-existent violence is her own tacit call to violence against those who oppose her radical ideology," Solas explained.

Misgendering is considered to have used a male pronoun, for example, for a boy or man who describes himself as female.