Virtually all of the details of the death of Seth Rich, a Democratic National Committee worker who was shot and killed as he walked to his Washington, D.C., home about 4 a.m. on July 10, 2016, remain a mystery.

There was evidence of a struggle, with his hands, knees and face bruised, yet he had two shots in his back. Police said it was a robbery, but his wallet and other items weren't taken.

Two weeks later, WikiLeaks began releasing DNC emails damaging to Hillary Clinton, and WikiLeaks founder Julian Assange mentioned Rich on Dutch TV: "Whistleblowers go to significant efforts to get us material and often very significant risks. There's a 27-year-old, works for the DNC, was shot in the back, murdered just a few weeks ago for unknown reasons as he was walking down the street in Washington."

To further the mystery, the FBI earlier released a tidbit of information, a cryptic note about the idea that someone would "pay for his death."

Now Mike Huckabee, the former governor of Arkansas, has written a commentary at Stream.org pointing out the additional mystery of why "does FBI want Seth Rich records sealed for 66 years?"

He pointed out at one time, the FBI claimed to have "no records" relating to Rich's murder.

"Now they’re asking a federal court for an order to seal the records that they said they didn’t have — they have them, all right — for 66 years," Huckabee explained. 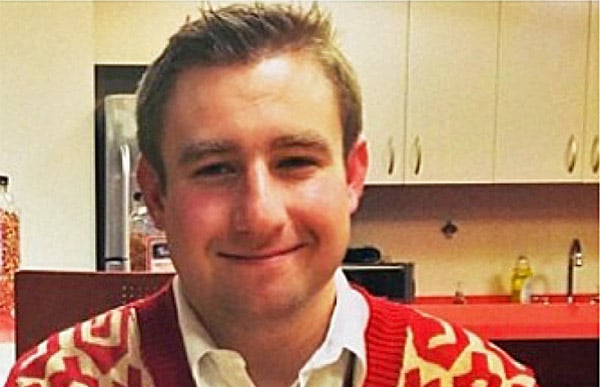 He noted a SLAY report after Rich's death about the "vacuum of information" on the case and said that "continues to this day.

"Since his shooting occurred soon after then-DNC chair John Podesta’s emails — quite damaging to the DNC and Hillary — were leaked to WikiLeaks, there was speculation that Rich, reportedly a Bernie Sanders supporter, might’ve been the real source of those leaks. Gee, it might not have been a Russian hack at all; we certainly have never seen proof that it was. Didn’t matter; the 'Russian DNC hack' narrative was the wellspring for the whole Russia Hoax. Take away the 'Russian hack,' and it all falls apart," he wrote.

A simple course, which would stop those "conspiracy" theories, would be to release the information on the case, he explained.

"It should be easy to set the record straight if this is indeed nothing more than a botched robbery. Perhaps Rich’s death really was just one of those random, senseless murders. After all, robberies and shootings happen frequently in DC, and the 'cold case' files are full of them," he said. "But that’s not the way the FBI is reacting to requests for information. They want a court to reverse an order to comply or, failing that, to have the information sealed for 66 years. The FBI made this latest filing in response to a court order made September 29 by U.S. District Judge Amos L. Mazzant for the Eastern District of Texas that it 'produce the information it possesses related to Seth Rich’s laptop' in response to a Freedom of Information Act (FOIA) lawsuit. Mazzant gave them 14 days; that deadline passed on October 13."

Huckabee cited The Epoch Times, which has reported that the judge rejected the FBI's claim that the Rich family's privacy concerns outweighed public interest.

"When plaintiff Brian Huddleston, through attorney Ty Clevenger, first requested information from the FBI, they told him they didn’t have any. But emails disclosed in a separate case told a different story, and in 2020 the FBI had to admit they possessed thousands of documents. The Bureau then identified about 20,000 files that were potentially responsive to the request, later narrowing that down to 1,563 pages. To date, they have produced…75 pages," Huckabee said. "The FBI argued that they had no way of knowing if the information they have that purportedly was 'extracted from Seth Rich’s personal laptop' and provided to them by 'a source' was real, but Clevenger and Huddleston countered that their cyber expert can determine that. The 'source' apparently gave them a compact disc with information contained on Seth’s laptop."

Clevenger, in fact, suggested the FBI "is desperately trying to hide records about Seth Rich, and that begs the question of why."

"Sorry to have to say it, but the FBI’s own arguments are building the case for a 'conspiracy theory.' And that seems odd, when with a little transparency and cooperation they could so easily put it to rest, right? If they were using a code, they can redact it. If they were using confidential sources, they can redact those names. The more they try to withhold thousands of pages information, especially with 'national security' arguments such as this, the less Rich’s death sounds like a random homicide," Huckabee noted.

The FBI says it needs 66 years before releasing the details on Seth Rich's laptop.

Attorney @Ty_Clevenger breaks it all down with Emerald Robinson.

WND had reported last year that among the heavily redacted documents the FBI did release was the cryptic "pay for his death" reference.

At the time, One America News reported the FBI's release of records in response to a Freedom of Information Act request "appear to show that an undisclosed entity either wanted to pay or actually paid a lot of money to get Seth Rich killed."

Additionally, the document referenced a "Dark web threat," and the explanation is: "A company called [redacted] was conducting research for an unrelated, non-law enforcement client and came upon a site called [redacted]. This site listed [redacted] as a target. On November 5, 2017, [redacted] felt an obligation to take action so they notified NYPD who in turn, contacted the Boston Regional Intelligence Center (BRIC). Boston FBI attempted to contact [redacted] the same day and made successful contact on November 6, 2017."

The OAN report said: "Democrats and mainstream media have baselessly dismissed Rich’s murder as a 'conspiracy theory' and claimed it was a robbery, although none of his valuable items was taken. However, FBI documents appear to suggest Rich could have been a victim of foul play tied to D.C. politics."

WND columnist and author Jack Cashill previously pointed out that according to a lawyer who has investigated the case, Clevenger, a government watchdog had "inadvertently obtained records about Mr. Rich by requesting communications between FBI lawyer Lisa Page and supervisory agent Peter Strzok."