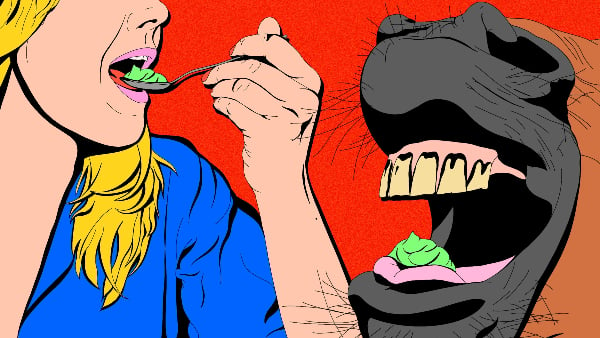 In a lawsuit by three doctors accusing the FDA of interfering in their treatment of COVID-19 patients with ivermectin, a lawyer for the agency insisted that urging people to "stop" taking the medicine was merely an informal recommendation.

The fact that the "recommendation" – which included mocking the drug as "horse dewormer" – prompted hospitals and pharmacies to ban its use for COVID-19 doesn't mean the FDA bears any responsibility, contended Isaac Belfer in a hearing in federal court in Texas.

"The cited statements were not directives. They were not mandatory. They were recommendations. They said what parties should do," Belfer said Nov. 1, Epoch Times reported. 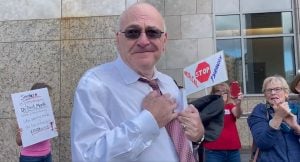 Attorneys for the physicians, who included Dr. Paul Marik, cited three online posts by the FDA, including a tweet, featuring a photo of a horse, saying: "You are not a horse. You are not a cow. Seriously, y'all. Stop it."

The tweet linked to an FDA web page titled "Why You Should Not Use Ivermectin to Treat or Prevent COVID-19." On a separate page, the FDA stated: "Q: Should I take ivermectin to prevent or treat COVID-19? A: No." A subsequent tweet said: "Hold your horses, y'all. Ivermectin may be trending, but it still isn’t authorized or approved to treat COVID-19."

Ivermectin – which has been a safe and effective, Nobel-prize-winning, FDA-approved treatment for many diseases – can be prescribed for COVID-19 by a physician "off label," and 93 randomized controlled trials confirm the reported success of many physicians around the world.

The FDA attorney Belfer contended the FDA merely was declaring "why you should not take ivermectin to treat COVID-19."

Belfer emphasized: "They use informal language, that is true. It's conversational but not mandatory."

However, an attorney for the physicians, Jared Kelson, told the court the FDA's argument doesn’t explain the language it used: "Stop it. Stop it with the ivermectin."

The FDA’s actions "clearly convey that this is not an acceptable way to treat these patients," he argued.

Kelson said that if the government "is going to label ivermectin a horse medicine or a horse dewormer and promulgate the idea that it is only for animals, then the natural correlation is that doctors who prescribe it are horse doctors or quack doctors, which has played out."

The FDA, he said, has effectively maligned "a common drug that has been used for a very long time and has been dispensed in billions of doses."

The government has moved to dismiss the case, contending the plaintiffs lack standing because the stated injuries can't be linked to the FDA.

"It's one of the most famously safe drugs in the history of human medicine. And when people did exactly what the FDA said to 'Stop it. Stop it with the ivermectin,' I don't understand how that would not be traceable back to the FDA," he said.

The lawsuit charges the FDA interfered with the doctors’ practice of medicine, violating the Federal Food, Drug, and Cosmetic Act and other laws. It asks the court to prohibit the FDA from issuing guidance on whether ivermectin should be used to treat COVID-19. U.S. District Judge Jeffrey Brown, a Trump appointee, has said he would rule "as quickly as we can for ya'll."

Marik – as chief of pulmonary and critical care medicine at Eastern Virginia Medical School and director of the intensive care unit at Sentara Norfolk General Hospital – began using ivermectin to treat COVID-19 patients in 2020. However, after the FDA's statements, the medical school told him to remove his ivermectin protocol from its web pages. And Sentara cited the FDA in a memorandum instructing hospitals to stop using ivermectin against COVID-19.

Marik sued Sentara last fall, arguing Virginia’s Advanced Directive statute gives hospitalized patients the right to choose what treatment they receive as long as a doctor determines it to be appropriate.

Ivermectin, touted as a "wonder drug" in the Journal of Antibiotics, was shown in both in-vitro and in-vivo studies long before the COVID-19 pandemic to have strong antiviral as well as antiparasitic properties. In the spring of 2020, ivermectin was on the World Health Organization's list of essential medicines and has been administered to refugees entering the U.S. Significantly, a June 2020 study found ivermectin inhibits the replication of SARS-CoV-2 in-vitro.

Driven by science and evidence?
In a Wall Street Journal op-ed on ivermectin in July 2021, David R. Henderson, a research fellow with the Hoover Institution at Stanford University, and Charles L. Hooper, asked "Why Is the FDA Attacking a Safe, Effective Drug?"

Henderson was senior health economist with President Reagan’s Council of Economic Advisers. Hooper is president of Objective Insights, a firm that consults with pharmaceutical clients.