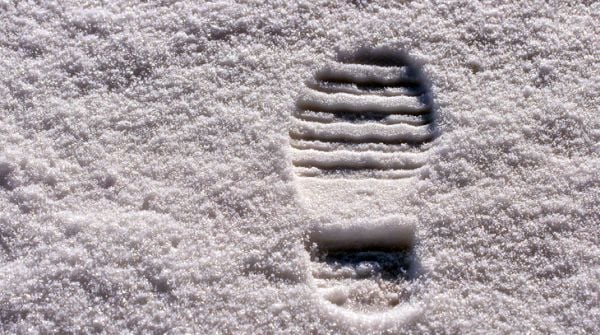 (FOX NEWS) – Authorities in Minnesota have arrested a burglary suspect after following his fresh footprints in the snow.
Deputies from the Isanti County Sheriff's Office responded to a report of a suspicious person in camouflage walking around a building shortly after 10 a.m., according to a news release obtained by FOX 9 Minneapolis. Deputies saw "fresh footprints in the snow," which helped them determine someone recently went around the buildings.

The footprints went into a wooded swamp area. Near the swamp line, deputies reportedly saw a man who appeared to be under the influence of a controlled substance.

Authorities said they found evidence that indicated the man went into buildings on the property. The 45-year-old man from Wyoming, Minnesota was arrested for probable cause second-degree burglary, FOX 9 reported.