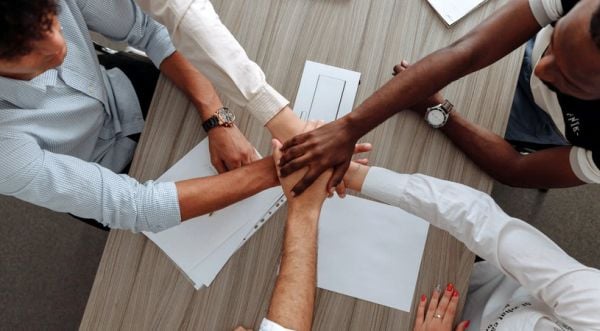 The city of Seattle has been sued by a white man for its "Race and Social Justice" programs that repeatedly subjected him to discrimination because of his race, and ended up creating a "racially hostile environment."

"As his career developed, the discrimination at [his job] became increasingly pervasive and hostile. The city routinely urged Mr. Diemert to join race-based affinity groups and required him to participate in training sessions that demeaned and degraded him based on his racial and ethnic identity. He was chastised and punished for combatting racially discriminatory hiring practices by [Human Services Department] colleagues. And he was denied opportunities for advancement by the city based on his racial and ethnic identity. His supervisors and other colleagues continually dismissed his concerns over a period of years and claimed he could not be a victim of racism and discrimination because he possessed 'white privilege,'" the claim charges.

The Pacific Legal Foundation filed the case in U.S. District Court for the Western District of Washington at Seattle on behalf of Joshua Diemert, who formerly worked for Seattle.

It names the city and Mayor Bruce Harrell as defendants "for subjecting him to a racially hostile work environment."

"Instead of supporting its employees and providing them with opportunities, the city of Seattle is encouraging racial discrimination and harassment through its Race and Social Justice Initiative," said Laura D’Agostino, an attorney at Pacific Legal Foundation. “Seattle employees should be treated as individuals with dignity and evaluated by the content of their character, not the color of their skin."

And the city informed him of a training session on "Internalized Racial Superiority" which was "specifically targeted for white employees."

One incident; "Mr. Diemert's co-worker, Consuelo Crow (Ms. Crow), began a discussion in the lunchroom in which she stated that 'white people' are to be blamed for 'all atrocities' and that the United States was built upon a system of 'white supremacy.' She told Mr. Diemert that he was 'privileged' and labeled him a 'racist' because he favored capitalism. Ms. Crow also said that his words were 'violence' and that he was invading her 'safe space.'"

The case also seeks $300,000 "for the salary that Mr. Diemert was denied as a result of being discriminatorily denied promotions and constructively discharged…"

The case alleges the city violated the Equal Protection Clause of the 14th Amendment, and the case seeks a declaratory judgment, attorneys' fees and "other necessary and proper relief."

The Equal Employment Opportunity Commission already has issued a "Notice of Right to Sue" in the case.

He was given a "maximum achievement" award, and was instrumental in creating an electronic database for the city. He also helped launch a Vehicle License Fee Rebate Program.