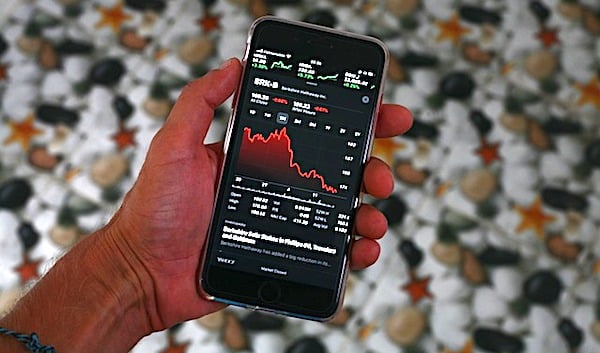 U.S. investors are significantly underestimating the risk of a recession, potentially increasing the impact of a recession next year, economists at Goldman Sachs warned in a Monday research note, according to Bloomberg.

Researchers at Goldman estimate a 39% chance of a slowdown in U.S. growth, but risk assets only account for an 11% chance, Bloomberg reported. By underestimating the chance of a recession, investors are increasing their exposure to the effects of “recession scares” in 2023, the analysts warned.

While Goldman still considers the risk of a recession to be relatively low, the researchers noted that a variety of measures pointed to increased stress in asset classes marketwide, Bloomberg reported. Despite an increasing number of economistsand financial executives predicting a recession within the next year, Goldman Sachs has previously pushed back on this narrative, MarketWatch reported in late October.

Deutsche Bank’s chief U.S. equity and global strategist, Bankim Chadha, predicted the S&P 500 stock index would drop 19% from current levels to 3,250, before rebounding to 4,500 points in the fourth quarter, a roughly 12.5% gain, according to Bloomberg. Goldman’s team anticipates a rebound to occur, but only back to the current level, around 4,000 points.

If a downturn is more severe than Goldman predicts, and a recession takes hold, equity prices could decline an additional 10% for six to nine months following their peak, the firm’s analysts predict, according to Bloomberg.

The relatively pessimistic outlook from the two financial titans follows a two-month rally in equity markets as investors bet that central banks, including the U.S. Federal Reserve, would slow the rate of interest rate hikes, according to Bloomberg.

“Equity risk premia appear low considering elevated recession risk and uncertainty on the growth/inflation mix,” the Goldman note reads, according to Bloomberg. The firm recommended that investors take a “relatively defensive” stance, focusing on the near future and high-yield assets.