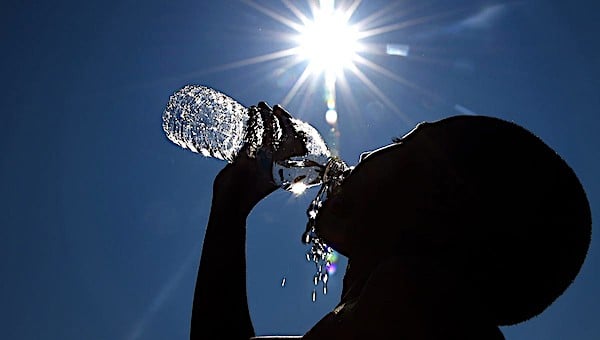 The green agenda across America has taken a huge hit, with a report confirming that Greenpeace is admitting that recycling plastic as "largely failed."

The City-Journal cited the environmental organization's recent report that was headlined, warningly, "Plastic Recycling Is A Dead-End Street – Year After Year, Plastic Recycling Declines Even as Plastic Waste Increases."

The Greenpeace article found: "Mechanical and chemical recycling of plastic waste has largely failed and will always fail because plastic waste is: (1) extremely difficult to collect, (2) virtually impossible to sort for recycling, (3) environmentally harmful to reprocess, (4) often made of and contaminated by toxic materials, and (5) not economical to recycle."

"This has been obvious for decades to anyone who crunched the numbers, but the fantasy of recycling plastic proved irresistible to generations of environmentalists and politicians. They preached it to children, mandated it for adults, and bludgeoned municipalities and virtue-signaling corporations into wasting vast sums—probably hundreds of billions of dollars worldwide—on an enterprise that has been harmful to the environment as well as to humanity," the City-Journal reported.

It continued, "The environmental price has also been high because the plastic in American recycling bins has gone to developing countries with primitive waste-handling systems. Much of it ends up illegally dumped, burned (spewing toxic fumes), or reprocessed at rudimentary facilities that leak some of the plastics into rivers. Virtually all the consumer plastics polluting the world’s oceans comes from 'mismanaged waste' in developing countries. There’d be less plastic polluting the seas if Americans tossed their yogurt containers and water bottles into the trash, so that the plastic could be safely buried at the nearest landfill."

It noted even the Environmental Protection Agency, which promotes recycling as a way to reduce carbon emissions, has admitted the benefits are very small, and come almost completely from recycled paper products and metals.

The report said the new agenda adopted by Greenpeace now is to, "end the age of plastic" by "phasing out single-use plastics."

The City-Journal said, "Environmentalists’ zeal to ban plastic is far more destructive than their former passion to recycle it; it’s also harder to explain. Recycling, while impractical, at least offered emotional rewards to hoarders reluctant to put anything in the trash and to the many people who perform garbage-sorting as a ritual of atonement—a sacrament of the green religion. But why demonize plastic? Why ban products that are cheaper, sturdier, lighter, cleaner, healthier, and better for the environment? One reason: the plastic scare helps Greenpeace activists raise money and keep their jobs."