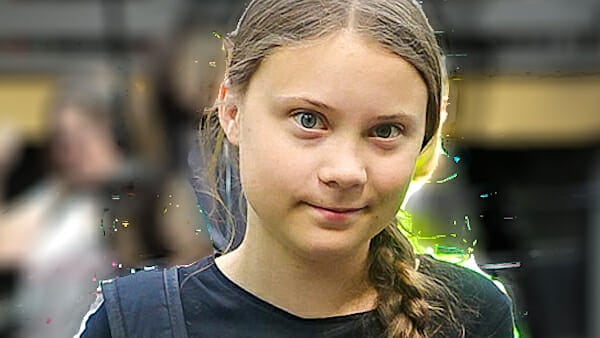 Greta Thunberg, the teen climate activist from Sweden whose angry rants against everyone not aboard her green ideology repeatedly have made headlines, now has adopted a new plan: suing her own government.

Thunberg previously has not even been aligned with other climate change worriers around the globe, refusing to attend the United Nations' recent COP27 climate conference in Egypt.

It's because she said it fails to effectively push the environmental agenda, which actually has included fretting over globing warming and global cooling both within memory.

Now Bloomberg reports children and young adults including Thunberg have sued Sweden for failing to do enough to "stop climate change."

We are 636 young people in @auroramalet who are suing the Swedish state for insufficient climate action.

”When the state carries out climate policy that threatens our human rights, it breaks the law.”#aurora #ClimateTrials #UprootTheSystemhttps://t.co/6qbZUO2hrE

The protesters recently recently marched through the Swedish capital to a court to sue.

According to reports the hundreds of people under age 26 signed an 87-page claim submitted to Stockholm District Court.

"Sweden has never treated the climate crisis like a crisis," claimed Anton Foley, of a group called Aurora, which assembled the claims. "Sweden is failing in its responsibility and breaking the law."

A report explained, "Another activist, Ida Edling, said that Sweden 'is pursuing a climate policy the research is very clear will contribute to a climate disaster in the future.'"

Thunberg's government, in fact, hopes for a zero net emissions society by 2045.

Many such lawsuits have been filed in recent years with varying results.