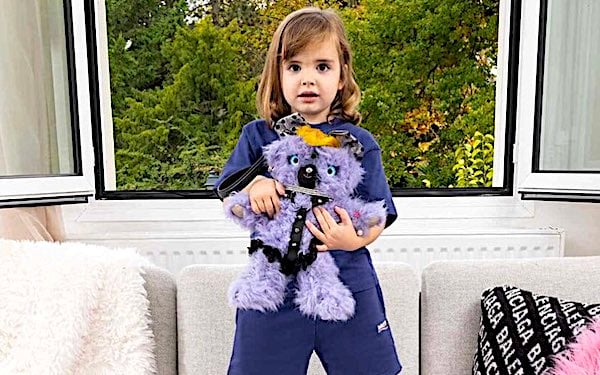 A recent Balenciaga ad featured photographs of children who appeared to be under five-years-old holding teddy bears in BDSM-inspired outfits, and another featured references to child pornography. The brand apologized and took responsibility for the ads in a Monday statement shared on Instagram after several days of uproar.

“We strongly condemn child abuse; it was never our intent to include it in our narrative,” the statement read. “The two separate ad campaigns in question reflect a series of grievous errors for which Balenciaga takes responsibility.”

In one of the ads, a purse sat atop a pile of papers, the most prominent of which made references to Supreme Court cases about child pornography. The company blamed an outside organization that had provided props for the photoshoot, claiming the background papers were supposed to be “fake office documents” but were in fact “real legal papers.”

Balenciaga took responsibility for “lack of oversight and control” and is suing the prop provider for “reckless negligence,” according to the company’s statement.

The company is undergoing some restructuring to improve its oversight and avoid similar incidents in the future and will be working with child protection groups, according to the statement.

Balenciaga did not respond to the Daily Caller News Foundation’s request for comment.