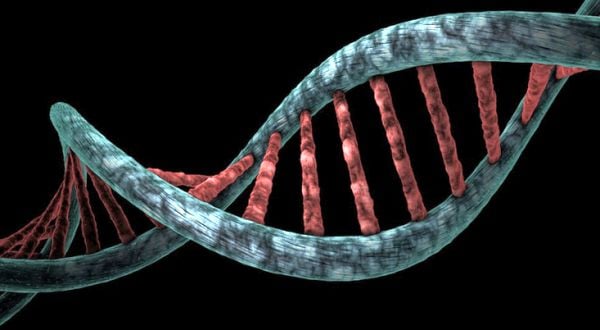 To all outward appearances Ayla Bashir is a normal, happy, 17-month-old child. She began crawling right on time, and today she stands and walks, plays with toys, and has started saying her first words and phrases. The reason she’s able to thrive today is thanks to a new way of treating her rare genetic disease — a form which is often fatal.

Sobia Qureshi and Zahid Bashir, Ayla’s parents, have five children, with only three surviving. Two of their children, Zara and Sara, succumbed to a severe form of rare genetic disease called Pompe disease. In Pompe disease, an enzyme responsible for breaking down glycogen isn’t produced by the body, or doesn’t work properly, which causes dangerous levels of glycogen to build up in the body. This damages tissues in the body, especially muscles. Babies with the disease have low muscle tone and can have trouble eating and breathing. Eventually the heart muscle thickens and is unable to pump blood, causing the baby to die.

After Zara died of the disease at age two and a half, and Sara passed away at eight months old, Ayla’s parents were desperate to help their fifth baby, who also tested positive for severe Pompe’s disease in utero. Dr. Pranesh Chakraborty, a metabolic geneticist at Children’s Hospital of Eastern Ontario and the family’s long-time doctor, had previously tried treating both Zara and Sara with the enzyme. However, by the time they were able to start, the disease had advanced, and too many of their internal organs were severely affected.

Because Pompe disease starts to affect infants before birth, the best hope is to try in-utero infusions – something that had never previously been used to treat the condition. “The innovation here wasn’t the drug and it wasn’t accessing the fetal circulation,” said Dr. Chakraborty, according to the Washington Post. “The innovation was treating earlier and treating while still in utero.”

Dr. Chakraborty was directed to a group of researchers at the University of California, San Francisco (UCSF) where Dr. Tippi MacKenzie is co-director of the Center for Maternal-Fetal Precision Medicine. She had recently gotten approval from the FDA for a clinical trial to treat preborn babies with the kinds of diseases like Pompe. While optimistic, Chakraborty was concerned about the hurdles Ayla’s parents would have to face, especially since it was 2020, and the COVID-19 pandemic had begun shutting down travel and institutions across the country.

“With this pregnancy, they really were keen to treat her as aggressively as possible, and give Ayla as good and as best chance as possible that she could have,” Chakraborty said to CBC. “And we wanted to facilitate that. But … that involved Sobia and Ayla having to travel to the U.S., you know, still elbow-deep in the pandemic and having to get the infusions there,” he said. “And we walked away from that call, I would say, kind of sad because we realized that there [were] just too many hurdles.”

The next step was to pursue administering the treatment where Ayla lived in Canada where the treatment had not been approved for a clinical trial. Although there were several hurdles of approval to overcome, doctors were eventually given the green light and began infusions directly into Ayla’s umbilical cord from 24 to 36 weeks of gestation. Doctors kept a close eye on her in-utero development, and saw no thickening of the heart muscle – a good sign the transfusions were effectively stopping any damage before it started.

Ayla was born on June 22nd, 2021, beautiful and healthy – still no sign of any damage from Pompe. As time went on, she delighted and surprised her doctors and her parents by hitting her milestones on time. Her case study has been published in the New England Journal of Medicine.

Ayla takes medication that suppresses her immune system so her body will not attack the enzyme, and she will receive infusions for the rest of her life. But being able to start her treatment so early has meant that she is able to live an otherwise normal life. For this, her parents are deeply grateful.

“This whole experience has been a whirlwind,” Bashir said. “But … we have been so fortunate to work with all the people that we’ve been working with because they truly made it happen when we thought it wouldn’t happen.”