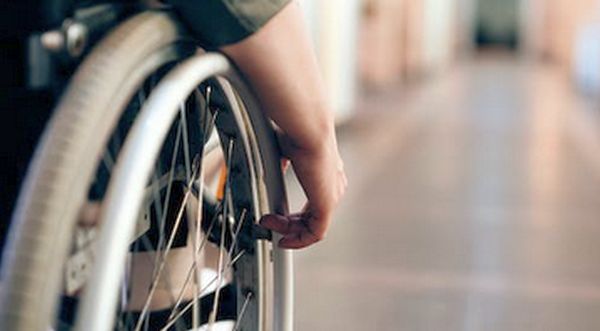 There's an old saying, unknown origin, that connects what people think and reality. It goes: "I can walk into a garage and call myself a Chevy, but that doesn't make me one."

That truism, it appears, now is being openly challenged ... by a man from Norway, a healthy man, who insists he is a "disabled woman."

Under the transgender agenda, promoted these days by no less than Joe Biden, men routinely are given credence when they call themselves a woman, or vice versa, but the case of Jorund Alme seems to take it a step further.

It is the Christian Institute that reports, "Jørund Alme told Good Morning Norway (GMN) that he always wished he had been born a woman who was paralyzed from the waist down. He uses a wheelchair 'almost all the time' even though his legs are completely healthy."

Alme is described as a credit analyst from Oslo, age 53, and the institute reports he's gotten "positive media coverage since first identifying as 'trans-abled' in 2020."

However, his recent performance on television now is generating some objections, including one from Noomi Alexandersen, who has cerebral palsy and charged that Alme’s "identity" felt like an insult to the disabled community.

The institute reported, "Days after his appearance on GMN, the show’s broadcaster TV2 featured the perspectives of four disabled women during a news program. On Twitter one user wrote: 'This is so insulting. I’m a wheelchair user. I went through excruciating pain with spinal & neurological damage. It’s not a joke & this to me is mocking me & others who’ve suffered awfully.'"

The institute noted it was only a few years ago that Rachel Dolezal, a white American woman, "drew criticism for self-identifying as a black woman. She argued that race should also be considered changeable, saying race is 'less biological than gender.'"

In Scotland, the government is working on a plan to allow people as young as 16 to choose their own legal sex. It comes in the face of arguments from those like MSP John Mason, one of the SNP politicians who voted against the bill, who said, "biological sex cannot be changed” and he feared the legislation sends “the message that the distinctions between male and female are not really relevant”.

A report in the Herald-Scotland said Alme claims to have experienced "thoughts and reactions" from the age of five.

When a fellow student arrived with a splint on his leg and crutches, Alme said, "My reaction was one of intense interest. My heart pounded, my pulse increased and I was activated in my body. I was incredibly focused on him and what this was all about…As I understand it in retrospect, it was a recognition of the situation and that it was I who should have been there."