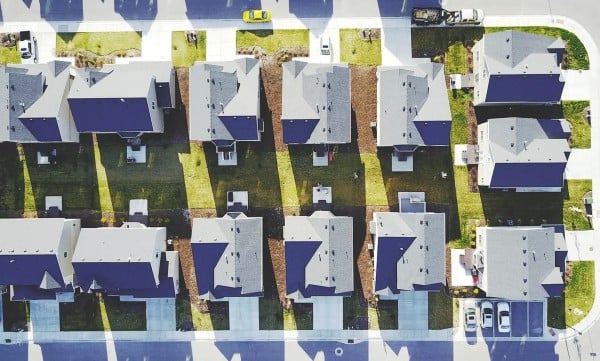 Despite expecting a recession and reduced inflation that would ordinarily put downward pressure on prices in 2023, a critical shortage of housing means prices are unlikely to change much, two economists told the Daily Caller News Foundation.

The median sales price for existing homes increased 6.6% in October compared to the same month in 2021, jumping to $379,100, according to the National Association of Realtors (NAR), primarily due to demand outstripping supply, according to both Nadia Evangelou, senior economist and director of real estate research at the NAR, and E.J. Antoni, economist at the Heritage Foundation. The inventory of unsold existing homes fell to 1.22 million in October, down 10,000 from September 2022, and less than the 1.39 million unsold existing homes in December 2019, according to the National Association of Realtors.

“Although higher mortgage rates hurt affordability, slowing down housing demand, we see that home prices continue to rise … and it’s unlikely to fall sharply as inventory remains tight,” Evangelou told the DCNF. “So the key answer is inventory.”

While current inventory levels are higher than the calendar year-low of 850,000 unsold existing homes in January, 2022, it is the third straight month of declines, according to the NAR. With little indication that supply is improving, prices hikes will decelerate, but not reverse, Evangelou said.

“The supply of existing homes has completely collapsed because those who got their mortgage when rates were low now cannot afford to sell their homes because doing so would mean getting a new mortgage at a prohibitively expensive rate, relative to the home price,” Antoni said. “At the same time, builders are being crushed by higher costs which they can no longer pass on completely to consumers since new-home buyers are also facing prohibitively high interest rates, given current prices. Thus, the supply of existing homes has also started trending down too.”

In 2020 and 2021, the 30-year fixed-rate mortgage rate hovered around 3%, when the Federal Reserve’s baseline interest rate, known as the federal funds rate, was just above 0%, according to the Federal Reserve Bank of St. Louis. Currently, the Fed’s target funds rate is between 3.75% and 4%, which has helped push mortgage rates past 7% at times this year, according to Evangelou.

Assuming a 20% down payment, mortgage payments on median priced single-family homes spiked 50% in the third quarter of 2022, climbing to $1,840 per month compared to $1,226 per month in the same quarter 2021, according to the NAR. Monthly mortgage payments in the third quarter of 2022 comprised roughly 25% of a family’s monthly income, up from the same time in 2021 when it comprised just 17.2%.

“The median income needed to buy a typical home has risen to $88,300 – that’s almost $40,000 more than it was prior to the start of the pandemic, back in 2019,” said Lawrence Yun, Chief Economist at NAR, in a press release referencing the third quarter data.

The prices for materials and components for construction were up 12.2% on an annual basis in October, outpacing the 8.0% price hike seen across all sectors of the economy, according to the Bureau of Labor Statistics’ Producer Price Index. At the same time, the amount of new residential buildings that began construction in October fell 8.8% when compared to October 2021, according to the Census Bureau.

Existing-home sales faded for the ninth month in a row to a seasonally adjusted annual rate of 4.43 million. https://t.co/jJsjgU0Qgn

Ordinarily, home prices would come down with inflation, which Evangelou believes has peaked and expects to cool significantly next year, but the housing shortage has an offsetting effect, Evangelou said.

Higher mortgage rates would also typically reduce demand and blunt housing prices, but Evangelou expects that rates are likely to remain below 7% after surpassing it in recent weeks, even if the Fed raises the funds rate past investor expectations. The Fed has been increasing interest rates at a historically fast pace this year in a bid to blunt consumer demand and slow inflation, with many investors anticipating that hikes would end when the funds rate reached 5%, according to CNBC.

Investors already priced in the expectation that rates would increase, so surpassing this 5% target — as St. Louis Fed President James Bullard indicated it might, according to CNBC — is unlikely to increase mortgage rates by a significant margin, Evangelou said. Meanwhile, easing inflation and an impending recession would likely push mortgage rates down.

Antoni, however, anticipates mortgage rates will once again rise past 7%, since the Fed has stopped expanding its holdings of mortgage-backed securities.

“A recession does not automatically counter the Fed’s upcoming rate hikes,” said Antoni. “The real question is whether the Fed will have the political fortitude to continue raising rates.”