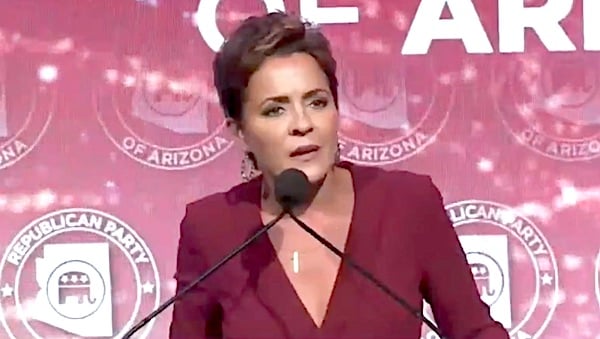 That there are illegal shenanigans in American elections cannot be seriously disputed. And there are allegations that this year's performance in Arizona surpassed what American voters already have put up with.

Commentator Katie Pavlich at Townhall, for example, pointed out that Arizona Attorney General Mark Brnovich "is demanding answers from Maricopa County election officials after a number of voters were unable to cast their ballots on election day."

Pointedly, she noted 25% of the vote tabulation machines in the state's most populous county were not working on election day, "causing widespread voter disenfranchisement."

She reported that Brnovich told Maricopa County elections chief Thomas Liddy, "The Elections Integrity Unit ('Unit') of the Arizona Attorney General’s Office ('AGO') has received hundreds of complaints since Election Day pertaining to issues related to the administration of the 2022 General Election in Maricopa County. These complaints go beyond pure speculation, but include first-hand witness accounts that raise concerns regarding Maricopa’s lawful compliance with Arizona election law. Furthermore, statements made by both Chairman Gates and Recorder Richer, along with information Maricopa County released through official modes of communication appear to confirm potential statutory violations of title 16."

Now Kari Lake, the Trump-endorsed Republican candidate for governor, who purportedly lost that race by a tiny number of ballots, is promising that she will keep up her fight for election integrity.

In an online statement, she explained the problems included, "Printer problems, tabulation errors, 3-hour lines or longer, and confusing instructions given by election officials made this election day the most chaotic in Arizona's history."

She cited the half of voting centers that were "not operational or had significant failures."

"Would you get on a plane if HALF of the engines didn't work? Would our friends in the media be able to broadcast their nightly propaganda if HALF of their studio equipment was not working?"

Calling the election "botched and broken beyond repair," she said her fight is for "our sacred right to vote, a right that many voters were, sadly, deprived of on November 8th."

She explained, "Attorneys are working diligently to gather information, whistleblowers are coming forward and the curtain is being lifted. Whether done accidentally or intentionally it is clear that this election was a debacle that destroyed any trust in our elections. Arizonans who chose to make their voice hear on election day shouldn't be disenfranchised or punished for choosing to vote in-person. Yet they were."

My message to the People of Arizona & the United States: pic.twitter.com/mtNBl7728S

The Arizona Sun Times said the problems in the election "affected areas averaging well over 300% more Republicans than Democrats.

The report explained of the 70 precincts hit by malfunctions and failures, "59 were in heavily Republican-voting areas."

The report said, "Arizona Corporation Commissioner Jim O’Connor, who has led the effort to stop the use of electronic voting machine tabulators, said that county officials must resign due to the problems. 'Voters of all political parties have been damaged with the gross incompetence or worse conducted by the Maricopa County Board of Supervisors, County Recorder and Election Director of the 2022 General Election,' he told The Arizona Sun Times. 'Reports continue to flood in detailing abuses of voters and our once trusted election procedures. I encourage current office holders at the County to resign immediately. Should they fail to do so immediately, a recall needs to be undertaken after the first of the new year.'"