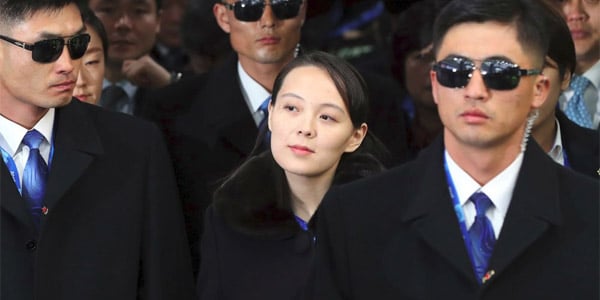 (UPI) – Kim Yo Jong, the powerful sister of North Korean leader Kim Jong Un, slammed South Korean President Yoon Suk-yeol and his government on Thursday, calling them "idiots" and a "faithful dog" of the United States while warning that Seoul had become a "target."

Kim made the remarks in reference to Seoul's foreign ministry saying earlier this week that it would consider imposing additional sanctions on the North over provocations including a recent intercontinental ballistic missile test.

"As soon as the U.S. talked about its 'independent sanctions' against the DPRK, [S]outh Korea parroted what the former said," Kim said in a statement carried by the state-run Korean Central News Agency. "This disgusting act shows more clearly that the [S]outh Korean group is a 'faithful dog' and stooge of the U.S."