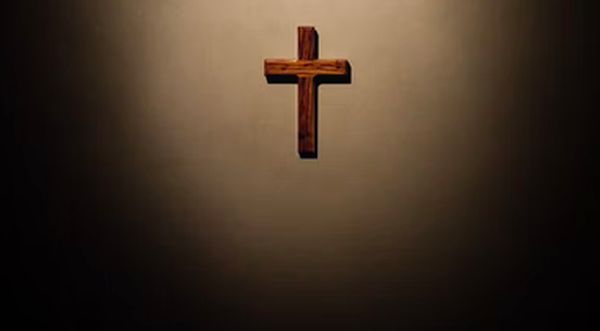 We now know the extent of "tolerance" on the part of leftists [effectively none], and what it takes to trigger them and send them into a rage: A tiny online image that they don't like appearing in a Microsoft software program.

The proof is in a case being handled now by the American Center for Law and Justice.

The organization reports it has launched legal action to correct the Department of Veterans Affairs' "insidious discrimination."

It is a worker at the VA offices in Colorado for which the case was filed.

And the circumstances "provide yet another alarming example of the Biden administration’s unapologetic pursuit of a radical abortion agenda in a manner that defies federal law."

The ACLJ reported the organization's client "is a medical health employee working at a VA medical center in Colorado. Like many VA employees, and since COVID, many of his job responsibilities are now completed via email, Skype and/or SharePoint – all Microsoft Office applications."

This then developed: "VA employees across the country participating in these MS Teams applications can upload a photograph to their Microsoft profile which is displayed in these various MS Teams applications. Photos selected by VA employees include a wide array of personal logos or photos of nature, dogs, family, LGTBQ rainbow and/or flags, and the like. Our client chose a picture expressing his appreciation for human life – both born and unborn. One of his photos was that of a red heart and a cross in the middle with the words 'pro-life.' Another photo depicted an unborn baby inside a heart shape with a cross."

Despite all of the other political and ideology-driven images that were allowed, VA officials immediately contacted the client and ordered to remove his pro-life and religious images.

They are, the Biden administration insisted, "offensive and triggering."

"He was also accused of conduct that is 'unprofessional in the workplace and unacceptable.' While our client complied with the request and removed his photo, he noticed that all other VA employees were permitted to continue to display their personally selected photos – even after our client raised the issue with his supervisors and notification was sent out by the VA of a new policy prohibiting such photos," the ACLJ reported.

That, the case charges, is "classic unconstitutional viewpoint discrimination."

Explained the legal team, "We immediately reached out to the Department of Veteran Affairs to defend our client’s actions and to address the selective and unconstitutional application of its policy to target and silence only those views it disagrees with. As the Supreme Court has reiterated time and time again (including just this summer), 'the Constitution and the best of our traditions counsel mutual respect and tolerance, not censorship and suppression, for religious and nonreligious views alike.'"

It pointed out that the Free Exercise Clause of the First Amendment protects against "official expressions of hostility" to religion, or the use of limits that are not "neutral."

The EEOC is the first step in the complaint process, the ACLJ said, and the case could resolve there.

If not, "we’ll be prepared to file a lawsuit," the lawyers said.