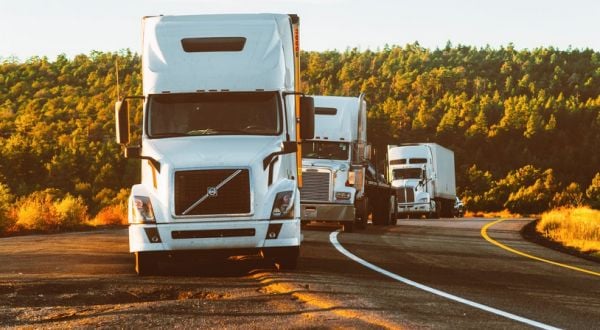 A legal team that works with the Institute for Justice is telling the federal government it should not launch another new program to spy on truckers.

The New York Times reported just months ago that commercial truckers already are subject to a long list of government monitors, making "long-haul truckers …. some of the most closely monitored workers in the world."

"Truck drivers are already operating under an almost Orwellian degree of government monitoring and scrutiny," said IJ Senior Attorney Rob Johnson. "Some of those requirements are necessary, but there has to be a limit to what the Constitution allows. If DOT carries through with its proposals, we may find out where that limit is found."

The DOT's new plan would require all commercial motor vehicles to be equipped with electronic tracking devices. That means someone could be watching them if they pull into a rest area, or if they circle the block looking for a delivery address.

The IJ said it submitted a public comment opposing such a rule.

The IJ explained that the DOJ's idea is to let any federal or state official "to track commercial vehicles at all times."

The trucking community already has expressed its opposition.

IJ's comment on the plan argues that allowing law enforcement to track detailed movements and specific identifiable information without a warrant violates the Constitution.

"This type of warrantless tracking is a blatant violation of the Fourth Amendment," said IJ Attorney Jared McClain. "If the government wants to monitor someone’s every move, they need to get a warrant based on probable cause. Truckers don’t lose their constitutional rights simply because they operate in a regulated industry."

One of the problems is the proposal isn't specific about what kind of data and information the tracking devices would provide.

The plan comes from a Federal Motor Carrier Safety Administration agenda, and claims the program would prevent car accidents by identifying "higher risk" vehicles on the road.

"However, IJ’s letter argues that warrantless monitoring of vehicles’ geolocation is not necessary to help prevent accidents and that DOT cannot disregard the Fourth Amendment just because having more data might make its job easier in some way," the IJ said.