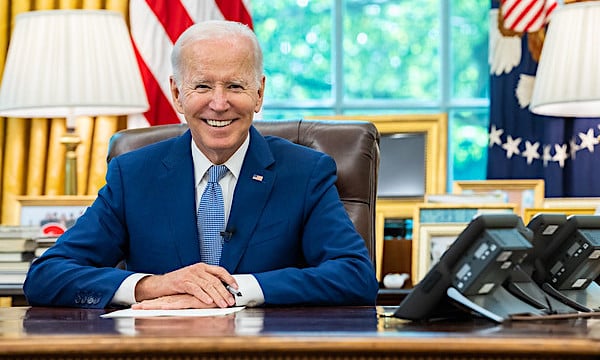 In the weeks leading up to the 2020 presidential election, forensic analysis, documentation of the chain of custody and a variety of circumstantial evidence supported the conclusion that the "Hunter Biden laptop" was authentic, meaning messages indicating Joe Biden was profiting from a global family business selling access to the White House were worthy of consideration by voters.

The New York Post's bombshell stories were censored and dismissed by social and establishment media at the urging of the FBI and former national security officials as an attempt by Russia to interfere in the election. But the New York Times and the Washington Post belatedly acknowledged the authenticity of the evidence earlier this year.

And now, as Republicans prepare to take control of the House and probe the Biden family business, CBS News has broadcast a report of its own investigation, featuring an independent forensic analysis that concluded the laptop indeed belonged to Hunter Biden and the messages are authentic.

Significantly, the report by former Fox News reporter Catherine Herridge, titled "Inside Hunter Biden's Laptop," presented the voicemail evidence that Joe Biden – contrary to his repeated insistence – discussed with his son the business. And CBS presents the email showing "the big guy" – confirmed by two people who were part of the communication to be Joe Biden – was to receive a 10% cut in a deal with a Chinese Communist Party-controlled energy firm.

At the conclusion of Herridge's live report Monday on "CBS Mornings," co-host Gayle King wrapped up the segment with a reference to the fact that the laptop was considered abandoned after Hunter Biden failed to pay the $85 repair bill and retrieve it from the repair shop.

"Hmm. Could be a lesson to pay your bills," she said. "Eighty-five dollars could have changed everything."

Meanwhile, the repair shop owner has a story of his own to tell that will be released Tuesday in a book titled "American Injustice: My Battle to Expose the Truth."

"When the story broke, Big Tech and social and mainstream media blocked the reporting. I was instantly labeled as a hacker and a criminal," writes John Paul Mac Isaac in sales page description. "My actions were labeled Russian disinformation, and it didn’t take long before people started attacking my business and my character, forcing me to close my shop and flee the state."

Rep. James Comer, R-Ky., who will chair the House Oversight Committee in the new Congress, said bank statements of Hunter Biden and Joe Biden's brother James will be at the center of the investigation.

He said at a news conference last Thursday – emphasizing the probe is about Joe Biden – that the committee has evidence of "wire fraud, conspiracy to commit wire fraud, violation of the Foreign Agents Registration Act, violations of the Foreign Corrupt Practices Act, violations of the Trafficking Victims Protection Act, tax evasion, money laundering, and conspiracy to commit money laundering."

"I come from a strong banking background, I don't think there's anyone in the history of the United States that's had that many suspicious activity reports," he said.

"So there’s precedents here in trying to get those suspicious activity reports," said Comer.

"And before Joe Biden became president, congressional committees had access to that.Joe Biden changed the rules to where Congress couldn't get access to suspicious activity reports when he became president. I wonder why? It's because his family had 150 of those."