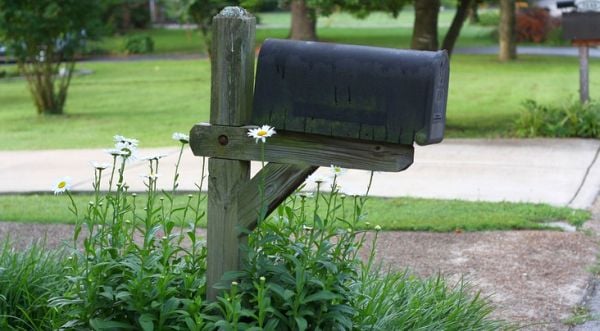 Democrats are getting some warning signs in the mail. Voting data in the key states show that mail-in voting, which traditionally favors Democrats, is down. In-person voting, meanwhile, will likely continue to be dominated by Republicans.

Take, for example, my home state of Pennsylvania. In 2020, there were 1,564,483 ballots cast nine days out from Election Day. As of Sunday, nine days out from the midterm election, there were only 777,309 ballots cast. That’s a drop of more than half. And it is even steeper for traditionally Democratic voting groups like black voters. In 2020, approximately 147,539 black Pennsylvanians had voted at this point; now, it’s only 47,830.

This is the first midterm election in Pennsylvania with no-excuse mail-in voting (that is, voting absentee without having to provide a reason for doing so). Act 77, which legalized the practice, was enacted in 2019.

Democrats might take comfort from GOP vote-by-mail numbers suffering an even steeper drop-off than Democrats, but it’s a cold comfort. Remember, Democrats are increasingly dependent on mail-in voting. Biden won mail ballots by 53% in 2020 in Pennsylvania. Extrapolating through Election Day, it looks like there will be no more than 1.3 million early ballots cast this year. Even if we assume that Democrats will exceed their 2020 margin of victory in the mail this year due to Republican drop-off, that would give Democrats an approximately 780,000-vote lead from mail ballots. That’s probably not enough.

Most turnout estimates in the Keystone State seem to agree that the final voting number will fall between the 5 million people who voted in 2018 and the 5.4 million predicted by Echelon Insight’s modeling. That would mean that there will be between 3.7 and 4.1 million ballots cast on Election Day.

The problem for Democrats is obvious. Donald Trump won Election Day ballots by 32 points. Given the above numbers and the Democrat drop-off in mail-in ballots, Republicans will need to carry Election Day by only 19 points to win the state.

Of course, it’s possible that Pennsylvania Democrats are shifting from mail ballots to Election Day voting. A quick look at other states like Florida, where nearly all ballots are cast by mail, shows that theory is unlikely, though. As of Sunday in Florida, mail-in-voting stands at 49% Democrats, 43% Republicans, and 8% Unaffiliated. That represents a seven-point net shift to Republicans compared to 2020.

That’s bad, but it gets worse.

Florida’s mail-in-ballot returns presage a red tsunami. At this point in 2020, Democrats had a six-and-a-half-point lead in the early vote. Now, they have a two-point deficit. That’s an eight-point swing to the right.

In short, there will be a lot fewer mail ballots cast this year than 2020, and they will make up a much smaller percentage of the total vote. Fall-off among key Democratic demographics like black voters means that Team Blue will have to get people out to vote on Election Day if it has any hope of closing the gap.

Many analysts have been burned reading the early-vote tea leaves, but all the indications clearly suggest trouble ahead for Democrats.

This article was originally published by RealClearPennsylvania and made available via RealClearWire.