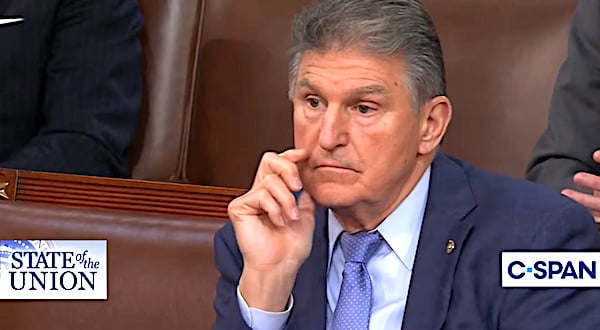 West Virginia U.S. Sen. Joe Manchin, a Democrat, earned the ire of extreme leftists in Washington over the last year by resisting the White House push from Joe Biden for the “insanely expensive” “Build Back Better” plan.

He was in that position because of the Senate’s 50-50 divide.

Ultimately, he agreed to a slightly less exorbitant plan misnamed as the “Inflation Reduction Act.”

He thought he had an agreement from Dem leaders that there would be a vote on his permitting reform legislation.

But, according to a pointed commentary in Washington Examiner, “Then, quickly and effectively, the leftists did to Manchin what they almost always do: stabbed him in the back.”

They simply refused to hold the vote he wanted.

Now editorial writer Larry Behrens, of Power the Future, explains that as it appears the Senate could remain a 50-50 split, which gives Chuck Schumer the gavel based on Kamala Harris’ tiebreaker, or even 51-49 for the Democrats, Manchin again will be in a position to veto much of Biden’s agenda.

”The word ‘revenge’ can have a very negative connotation, so let’s just say Manchin has a golden opportunity at ‘repayment’ — especially with his own reelection in the deep-red Mountain State looming,” the commentary said.

It explained, “The Biden and Schumer double-cross took place just before the election when Manchin was expected to lose his leverage. In fact, Biden was so confident Manchin wouldn’t retain his power that the president pledged to close coal plants ‘across the country’ just four days before the election. After all, no matter the results of the midterm elections, there’s no way Manchin would remain kingmaker, right?” 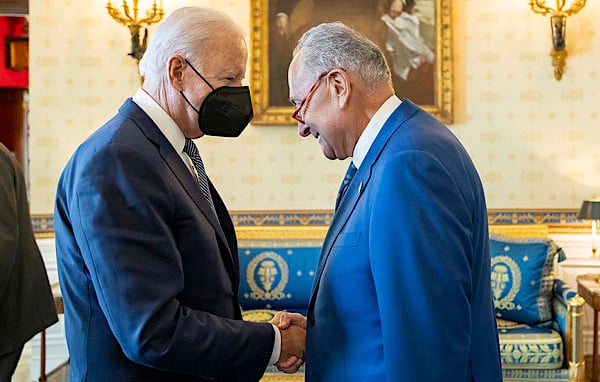 But his influence already has appeared. “Within the last week, Manchin has put the kibosh on Biden’s pick to chair the Federal Energy Regulatory Commission. Most people haven’t heard of FERC, but Chairman Richard Glick is a devoted member of Biden’s green religion — Politico even dubbed him ‘Biden’s most effective climate warrior’ — and has used his position to push the White House agenda of energy failure. Now, without Manchin’s hearing, Glick stands to see his term end, and FERC will be short a member, meaning any controversial measures will face a 2-2 vote without Glick. FERC is one of the avenues Biden uses to push his climate agenda, and Manchin may have crippled it without lifting a finger. That could be just the start.”

There will be other appointments, including judges.

”At every turn, they just might need the senator from West Virginia who they double-crossed. Sure, they could go full nuclear and strip him of his committee chair, as some green groups will likely want to do. However, Manchin has a red button, too.”

That would be for him simply to change parties.

That could give control of the Senate to the GOP, strip Schumer of his leadership and force Biden to be on defense for the last two years of his term.