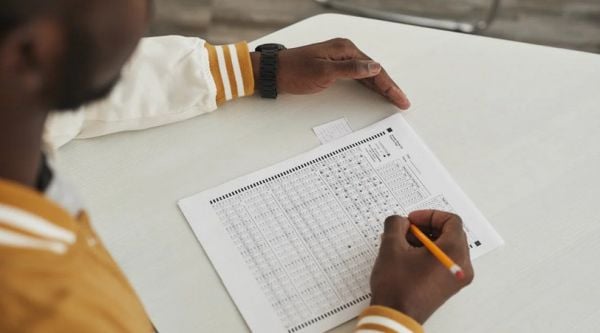 The dominant response to the recently-released NAEP Report Card on 4th and 8th grade proficiency scores has been to focus on the adverse effects of school closures: declining competencies, particularly for the lowest performing students. What is buried in the report is the continued alarmingly low black student scores on both reading and math sections and their inability to close the racial gap as they move from the 4th to 8th grade.

Whereas nationally, 86% of white 4th graders were at least on grade level in mathematics, this was true for only 55% of black students. The national black score was pulled down by the dismal performance of black students in the poorest performing cities: Baltimore, Cleveland, Detroit, Milwaukee, and Philadelphia. In these five cities, the average share of black students performing at least at grade level was 28%, with none having more than 31%. These cities highlight the large math deficits experienced in many poor black neighborhoods nationally.

As students progressed to the 8th grade, the share performing at grade level or better fell by 15% (86 to 74%) for white students nationally. Among black students the decline was 30%, both nationally (from 55 to 38%) and among black students in the five cities (28 to 20%). This strongly suggests that math racial disparities are growing even for black students who are living outside large cities.

Roughly 54% of black residents within the 100 largest American metro areas were suburbanites in 2020. The growing racial math performance gap for these suburban black students has important ramifications. A Brookings Report found that in 2019, only 7% of black test-takers score at least 600 on the math portion of the SAT exam. By contrast, 11%, 31%, and 62% of Latino, white, and Asian test-takers, respectively, did that well. These low scores indicate that a large portion black students are leaving high school without the tools to be successful in college STEM majors.

The recent NAEP results did include a bit of encouraging news. In contrast to math performance, the share of both black and white students who meet basic minimum standards in the reading section increased for all groups but more for black than white students nationally, modestly narrowing the racial gap for reading scores. Larger increases for black students in the weakest performing cities also closed the gaps among blacks. Despite these modest relative improvements, however, racial gaps and gaps across black communities remained large.

If we look at the particular poor performance of black 4th graders in the low-performing cities, one possible response is to spend more on education in these cities. However, more school funding will probably make little difference since these five cities have some of the highest per pupil expenditures among the 100 largest US school districts.

Alternatively, many believe that reducing economic hardships with robust income supplements can help reduce the racial educational performance gaps. In the last forty years, the number of neighborhoods with concentrated poverty has doubled. However, it is unlikely that providing these families with a modest income increase through either enhanced child credits or a universal income allowance would be enough to eliminate the racial achievement gap. As the urbanist Robert Sampson has argued, intergenerational poverty leads to behavioral adaptations that often stand in the way of moving forward.

One adaptation has been childbearing decisions, leading to 70% of black children being born to unmarried women. Indeed, 29% of black children are born to unmarried women under 25 years old compared to 12% of white children. Young motherhood often leads to the father-goes-round family dynamics that the liberal sociologist Kathryn Edin documented. Poor black women sequentially have children with different fathers, creating emotional problems, especially for boys.

A second adaption has been gun violence. More than thirty years ago, Ta-Nehisi Coates described the persistent gun violence in his Baltimore neighborhood that led his parents to move to the suburbs. Michael Berg detailed how black teenage boys in Pittsburgh had to adopt aggressive behaviors for fear that if they were seen as “soft,” they would be taken advantage of. Recently, some progressive advocates have justified ending criminal charges for New York City youth who possess illegal weapons because they need them for protection in the lawless areas in which they live. The liberal sociologist Patrick Sharkey found that the neighborhood gun violence many poor black children endure, creates psychological trauma that substantially hinder their educational progress.

Progressives have no effective ideas to reduce the troubling racial skill disparities that plague our country. For example, rather than providing strategies to increase black test performance, the Brookings report recommended reducing substantially the role of SAT scores because the test discourages black (and Latino) students from pursuing STEM majors. Despite evidence that urban violence seriously harms students in those communities, many activists continue to be unwilling to back strategies to reduce the gun culture or the family chaos that creates psychological distress among too many black youths. Only by finding initiatives to limit these stresses can we hope to turn central city schools around.

This article was originally published by RealClearEducation and made available via RealClearWire.