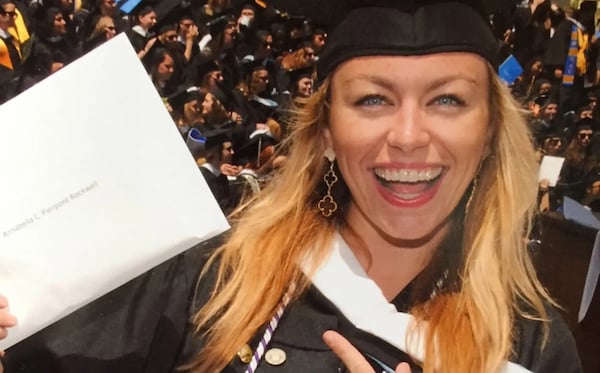 Annabella Rockwell credits her mother for her recovery from what she describes now as "brainwashing" instilled at an elite Northeast women's college, where she was taught she had become a victim of a culture ruled by toxic masculinity.

Her mother, Melinda Rockwell, described her anger and frustration about the changes she saw in her daughter to the New York Post.

"She was no longer the Annabella I'd known all her life," Melinda said. "This girl was the most bubbly breath of fresh air to everyone. She lit up a room. But the light was stolen from her at that school. It was extinguished. It was no different than if she'd been taken away by the Moonies or the Children of God."

In fact, Melinda hired a cult deprogrammer for $300 a day after her daughter graduated from Mount Holyoke in South Hadley, Massachusetts, which charges $60,000 a year in tuition.

Melinda Rockwell said professors and older students tell undergrads "how oppressed they are and what victims they are and how they have to go out in the world and be activists to stop the oppression."

Melinda said her daughter wrote a "horrible manifesto" immediately after graduation in 2015, accusing her other of treating her like a "wind-up toy" and a "doll" and never loving her.

Annabella told the Post she was reared in a home with "traditional" values but considered herself open-minded.

"I was so excited about going to this renowned, respected school in Massachusetts," she said. "I literally arrived there bright-eyed and bushy-tailed, I was just so happy."

Are most colleges trying to brainwash students into becoming woke zombies?
99% (253 Votes)
1% (3 Votes)

"I saw everything through the lens of oppression and bias and victimhood."

A Gender Studies class her junior year was particularly influential.

"This professor tells me about the patriarchy," Rockwell told the Post. "I barely knew what the word meant. I didn't know what she was talking about. I wasn't someone that into feminism. I just knew that I felt I had always been free to do what I wanted. I never experienced sexism.

"But I was told there's the patriarchy and you don't even understand it's been working against you your whole life. You've been oppressed and you didn't even know it. Now you have to fight it. And I just went down this deep rabbit hole."

She said the professors "encouraged alienation [from parents] and even offered their homes to stay in." 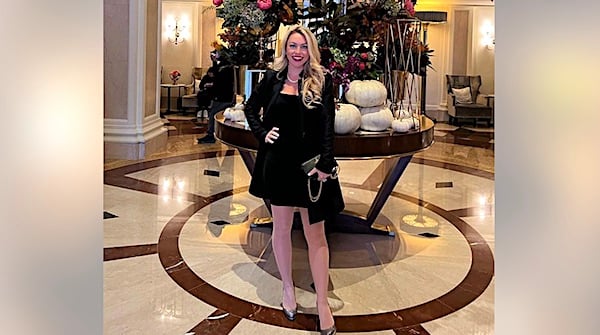 "They'd say, like, don't go see them, come stay with us for the holiday. Most of my classmates believed all this stuff, too. If you didn't you were ostracized."

But she began to question progressive values and movements such as Black Lives Matter.

"I was starting to think to myself, 'Why are we burning down businesses in the name of empowerment? How is this helping black people? It just doesn't make sense.' It just began to click in that moment about how hypocritical it was."

She now is a fundraiser for PragerU, founded by author and talk-radio host Dennis Prager.

If not for her mother, she said, she probably would be "living in Massachusetts, working for some super-progressive politician, hanging out with people I had nothing in common with except ideology and drinking all the time."

"And I'd be miserable. But I'd be too stubborn to look at myself in the mirror. I had to really humble myself to admit that I was wrong. And that everything I was told was so hypocritical."

Annabella said she doesn't want to "smear" the students at Mount Holyoke.

"They were young and impressionable. It wasn't fair to anyone that there was so space for discourse," she said. "While I was there the school preached all the time about how diverse it was. But diversity of opinion was never allowed."

She said the first step of the "deprogramming" process she underwent was humbling herself.

"I reconnected with my family. I moved home. I asked for forgiveness. I admitted I was wrong," she told Carlson.

"Secondly, I made a lifestyle change. I stopped drinking. I started to believe in God again."