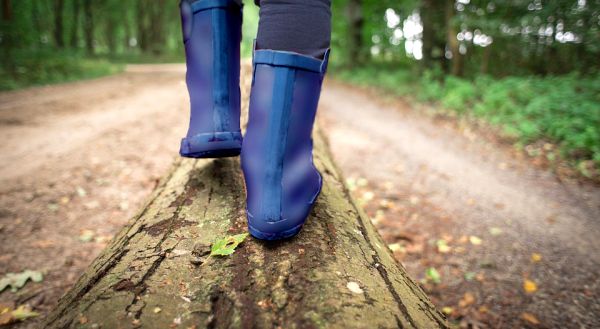 A stunning situation in which a mom was jailed for having her 8-year-old son walk half a mile home through her safe neighborhood has been revealed.

A report at Reason details the tribulations brought on Heather Wallace, a suburban Texas mom, through the unsupported claim of a neighbor who called police, and the officers and the state's Child Protective Services.

The report explained Wallace's oldest son, Aiden, 8, "was driving his two brothers crazy in the car as they all returned from karate" class in October a year ago.

So Wallace asked Aiden to talk the rest of the way – half a mile in a quiet, suburban part of Waco.

She soon found herself under arrest, handcuffed and accused of endangering a child, an offense carrying a minimum penalty of two years in jail.

She now is able to talk about the "trauma," of the episode, the report revealed.

That's after she finished a six-month diversion program and the charges were dropped. But the arrest remains on her record, and she's hired a lawyer to try to get that expunged.

Aiden agreed to walk home; after all, it was something he had done many times. There are sidewalks the entire way, and practically zero traffic. But 15 minutes later, two cops knocked on Wallace's door. Her son was in their patrol car. Another officer was parked across the street. A woman one block away had called the cops to report a boy walking outside alone. That lady had actually asked Aiden where he lived, verified that it was just down the street, and proceeded to call nonetheless. The cops picked up Aiden on his own block."

The officers confronted Wallace, claiming that her son could have been kidnapped and sex trafficked.

"'You don't see much sex trafficking where you are, but where I patrol in downtown Waco, we do,'" Wallace confirmed one of the cops said.

She said that meant the officers "were basically admitting that this is a safe neighborhood."

When she hesitated responding to their question whether she would let her son walk in the neighborhood again, they arrested her.

In the patrol car, handcuffed, Wallace was interrogated by Texas Child Protective Services, and she was jailed.

Her husband bailed her out the next day, to be confronted with an state agency "safety plan," which required one of the children's grandmothers to be present in the home at all times.

But the police case continued, and her lawyer explained if she admitted guilt, she could participate in a pretrial diversion program that would close the case, but if she went to trial and lost it would mean jail.

Ironically, as part of the diversion program she had to write an essay admitting her guilt and remorse.

"Wallace thanked the officers for teaching her how wrong she was to have her son walk half a mile on a warm day in his own neighborhood. From now on, Wallace wrote, 'I will continue to grow more as a parent and a person,'" Reason reported.