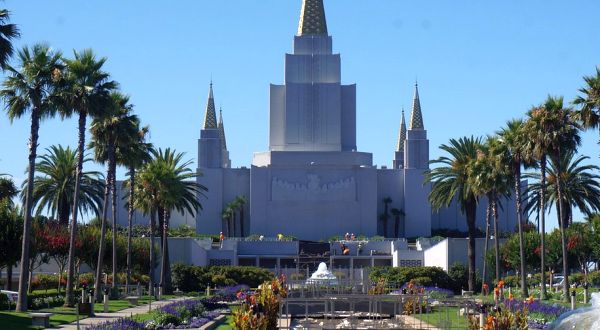 The Church of Jesus Christ of Latter-day Saints indicated support Tuesday for legislation that would require states to recognize same-sex marriages performed under other states’ laws and repeal any federal law defining marriage as a union between a man and a woman, despite previously supporting efforts against same-sex marriage legalization.

The House passed the Respect for Marriage Act in July, with five of six church members in the House voting in favor of the bill. The church’s Tuesday statement expressed gratitude “for the continuing efforts of those who work to ensure the Respect for Marriage Act includes appropriate religious freedom protections while respecting the law and preserving the rights of our LGBTQ brothers and sisters.”

The Church of Jesus Christ of Latter-day Saints released the following statement today.https://t.co/17vMIoLYm1

— The Church of Jesus Christ of Latter-day Saints (@Ch_JesusChrist) November 15, 2022

“We believe this approach is the way forward,” the statement said. “As we work together to preserve the principles and practices of religious freedom together with the rights of LGBTQ individuals, much can be accomplished to heal relationships and foster greater understanding.”

The Church of Jesus Christ of Latter-Day Saints’ response to same-sex marriage seems to have evolved. In 2008, it supported California’s Proposition 8 banning same-sex marriage, reportedly giving over $180,000 in in-kind donations to the coalition sponsoring it.

After the U.S. Supreme Court’s 2015 decision striking down state-level same-sex marriage bans, church leaders urged Mexican members to oppose an initiative to legalize the practice throughout their county, according to KUTV. In 2019, the church lifted a 2015 policy against baptizing LGBT parents’ children, saying it would stop labeling such marriages acts of apostasy, The New York Times reported.

Republican Utah Sen. Mike Lee, a church member, argued on Twitter after the Tuesday announcement that the bill before the Senate presented a threat to “holding sincere religious beliefs or convictions,” calling its religious freedom protections “severely anemic.”

“I offered to support the bill if the sponsors would include my amendment to prohibit the government from removing tax-exempt status based on religious beliefs about same-sex marriage (for or against),” Lee stated. “The sponsors adamantly refused even to consider that. Why?”

The Church of Jesus Christ of Latter-Day Saints did not immediately respond to the Daily Caller News Foundation’s request for comment.