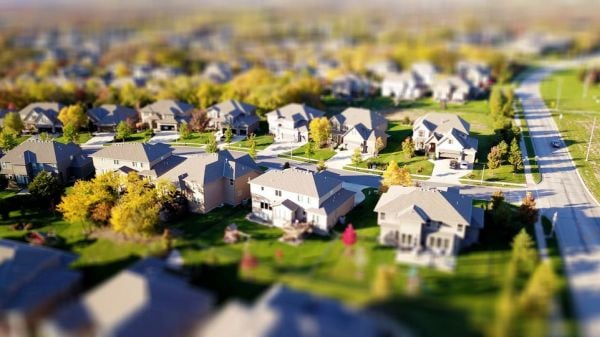 As mortgage rates climbed, typical monthly mortgage payments on existing single-family homes with a 20% down payment skyrocketed by 50% in the third quarter of 2022 compared to the year prior, according to data released by the National Association of Realtors (NAR) Thursday.

Monthly mortgage payments under the above conditions climbed to $1,840 between July and September, and the median price of existing single-family homes climbed 8.6% on an annual basis to $398,500, according to the NAR. This monthly payment represented 25% of a family’s monthly income, and was up dramatically from the same time last year, when the typical payment was just $1,226, roughly 17.2% of a family’s income.

First-time buyers in the third quarter spent nearly 38% of their family income on mortgage payments, blowing past the 25% threshold that the NAR considers to be the maximum affordable, the NAR reported. Mortgage applications were down 41% the week ending Nov. 4, compared to the same week the year prior, the Mortgage Bankers Association reported Nov. 9.

“Much lower buying capacity has slowed home price growth and the trend will continue until mortgage rates stop rising,” NAR Chief Economist Lawrence Yun said in the press release. “The median income needed to buy a typical home has risen to $88,300 – that’s almost $40,000 more than it was prior to the start of the pandemic, back in 2019.”

The share of all-cash repeat buyers jumped from 17% to 27% in the past year. Additionally, first-time buyers moving directly from a family member’s home into homeownership is at an all-time high. #NARHBS https://t.co/9TI0z1B4ll

Of the 10 most expensive housing markets in the country, fully half were located in California, according to the NAR. Despite this, price increases in the South and Northeast surpassed the 7.4% price increase seen across the West, at 11.9% and 8.2% respectively, while the Midwest enjoyed a noticeably below-average price hike of 6.6%.

“The more expensive markets on the West Coast will likely experience some price declines following this rapid price appreciation, which is the result of many years of limited home building,” Yun said. “The Midwest, with relatively affordable home prices, will likely continue to see price gains as incomes and rents both rise.”

The 30-year fixed mortgage rate was 7.08% as of Nov. 10, according to Freddie Mac, continuing a trend that has put downward pressure on housing sales. While prices have been rapidly declining to compensate, they could plunge by as much as 20%, according to chief economist of Pantheon Macroeconomics, Ian Shepherdson.