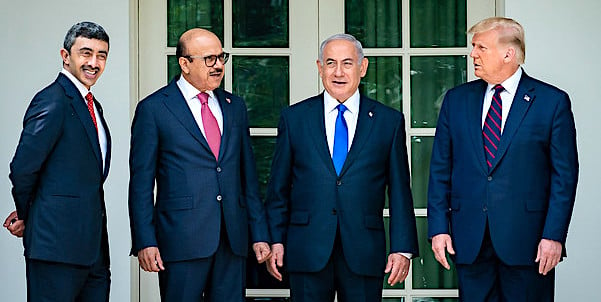 Israeli Prime Minister Yair Lapid has conceded his party and its affiliates have failed to maintain a majority in the nation's Knesset elections, meaning Benjamin Netanyahu is scheduled to become the PM for the third time.

Netanyahu, who among other projects worked with President Donald Trump on the precedent-setting Abraham Accords bringing formal peace agreements with several Arab neighbors, already had served in the office twice.

Just the News reported on Lapid's decision to conceded, and his congratulations to Netanyahu.

His liberal Yesh Atid party got 17.79% of the vote to the 23.41% for Netanyahu's conservative Likud party. In Israel, parties seldom win a majority outright, and this result leaves Netanyahu in control based on minority parties with whom he is working.

A government can be set up when one of those coalitions earns the right to hold 61 seats in the 120-member Knesset.

The report described how Netanyahu's conservative coalition, composed of three Jewish Orthodox parties and the secular Likud, has won 64 seats, while the opposition will have 56 seats.

Netanyahu's conservative agenda got a significant boost when the Religious Zionist Party, part of his assembly, doubled its presence from 7 to 14 seats.

"The party, created by Bezalel Smotrich and the more well-known Itamar Ben Gvir, supports nationalism and Torah values and is opposed to conceding territory," the report noted.

The Daily Caller News Foundation previously reported Netanyahu is already Israel’s longest-serving prime minister and was only forced out of office in 2021 after a succession of inconclusive elections.

The report said he reentered the ministerial race after a “government of change,” cobbled together by former Prime Minister Naftali Bennett in 2021, collapsed amid high-level party defections and failure to reinstate a long-running citizenship law.