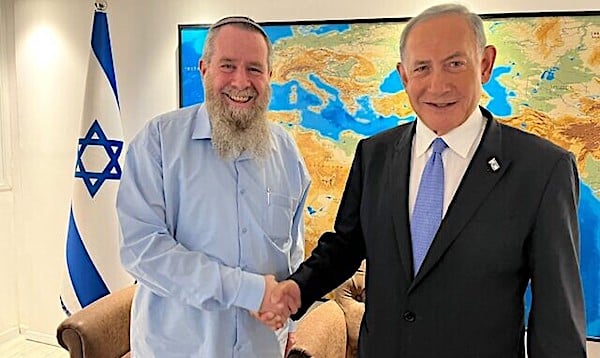 (TIMES OF ISRAEL) -- One of the Knesset’s most far-right politicians, who holds non-pluralist Jewish views and anti-LGBT, sexist, and anti-Arab positions, will be the next government’s head of “Jewish identity,” following an agreement signed Sunday with presumed prime minister-to-be Benjamin Netanyahu.

Avi Maoz, the single lawmaker of the fringe Noam party, will be appointed deputy minister and head a to-be-created authority for Jewish identity, which will be housed under the Prime Minister’s Office.

Maoz’s inclusion in the nascent coalition was not vital to Netanyahu’s majority — the Likud leader and his allies won 64 seats in the 120-member Knesset in this month’s elections. But Netanyahu helped pave Maoz’s path into parliament in both this year’s and last year‘s elections, by brokering alliances on the political far-right, and plainly has no reservations about empowering so radical a politician with so resonant a role as head of a government authority on Jewish identity, albeit one with as-yet unspecified responsibilities.