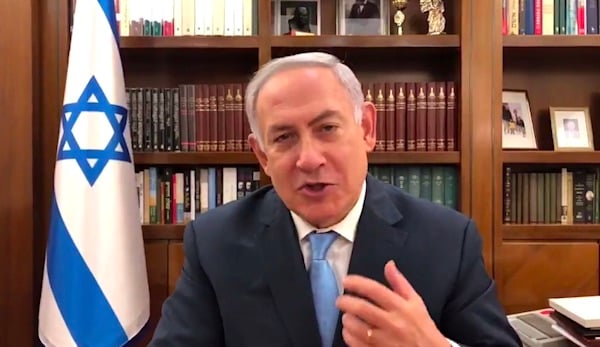 Netanyahu’s Likud party garnered 30 seats in the 120-seat parliament, which, along with the 31 seats from religious and nationalist parties that compose Netanyahu’s bloc, just edged him over the threshold to form a majority government, according to Jewish News Service. If the final results reflect exit polling, he will have four weeks to form a coalition.

This year’s election saw the largest voter turnout in 23 years, according to Bloomberg.

Arguments over ideological extremes, economy and security issues represented in each party dominated the discourse in the run-up to Tuesday’s election, according to The Guardian. Lapid urged the electorate to vote against the “extremist agenda” represented in Netanyahu’s likely coalition.

Arab parties appealed to left-wing voters to show up at the polls amid escalating Israeli-Palestinian violence, The Guardian reported.

The “Bibi” government includes the ultranationalist party led by Itamar Ben-Gvir, whose meteoric rise to the political stage concerned Arab neigbhors as well as the U.S., Axios reported.

Israeli President Isaac Herzog reportedly attempted to assuage the Biden administration’s fears of a rising radical right in Israel during a visit to Washington days before the election, urging White House officials to “calm down” and “let the democratic process take its course,” according to Axios.

Netanyahu is already Israel’s longest-serving prime minister and was only forced out of office in 2021 after a succession of inconclusive elections. The security hawk reentered the ministerial race after a “government of change,” cobbled together by former Prime Minister Naftali Bennett in 2021, collapsed amid high-level party defections and failure to reinstate a long-running citizenship law.

Analysts said the only thing holding the coalition together was its opposition to Netanyahu.

After months of attempting to organize a coalition government ideologically at odds, former Prime Minister Naftali Bennett and Alternate Prime Minister Yair Lapid agreed to hold a vote dissolving Israel’s parliamentary body, the Knesset, in June. Sources close to Bennett informed the Jerusalem Post that the two hoped calling the coalition’s end themselves would preclude opposition leader Netanyahu from retaking the Knesset first.

“Attempts to stabilize the coalition were exhausted,” Bennett said in a statement.

Lapid stayed on as a provisional prime minister until the November 1 election. Initial polls after the June dissolution showed Netanyahu’s Likud party with a greater proportion of votes than any other party in a hypothetical election, winning 34 seats to the next largest party’s 20, according to Israel National News.