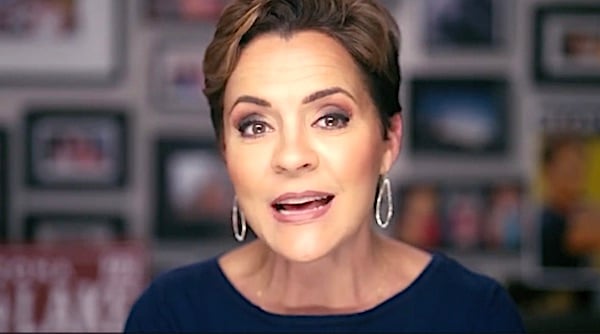 “I also support the fact that Kari Lake is a piece of sh**,” said Michael Fanone, former D.C. Metropolitan Police officer injured in the Jan. 6, 2021 riot at the Capitol building. Fanone’s comments came after Wallace aired an ad from the Republican Accountability Project featuring Gladys Sicknick, the mother of Brian Sicknick, criticizing Lake.

“No one is going to say you haven’t put it all on the line, and in the bluntest terms possible,” Wallace said after a brief laugh at Fanone’s verbal attack on Lake.

The Washington, D.C. medical examiner’s office ruled that Sicknick died of natural causes after suffering two strokes at the base of his brain, The Washington Post reported in April 2021, disproving claims Sicknick’s death was due to injuries sustained during the riot.

Lake called the 2020 election “corrupt” and claimed that President Joe Biden “shouldn’t be in the White House” during a June 2021 debate. Lake narrowly defeated Karrin Taylor Robson for the Republican nomination.

A Fox10/InsiderAdvantage poll showed Lake leading Democratic Secretary of State Katie Hobbs by 11%, while an OH Predictive Insights poll had Lake up on Hobbs by 2%. Republican Rep. Liz Cheney of Wyoming vowed to campaign against Lake, vowing in September she would “do everything I can” to defeat the former television news anchor.

Lake did not immediately respond to a request for comment from the Daily Caller News Foundation, but in the past, she noted that Democrats, including White House Press Secretary Karine Jean-Pierre, also denied the results of elections.