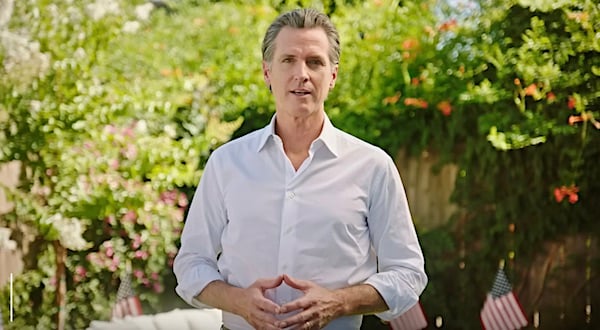 (WASHINGTON EXAMINER) – Gov. Gavin Newsom (D-CA) will not challenge President Joe Biden for the Democratic candidacy in the 2024 presidential election despite much speculation that he will run.

Newsom's decision regarding the next presidential election comes after he won reelection in California's gubernatorial election on Nov. 8. In July, Newsom made a visit to the White House while Biden was out of the United States, adding fuel to the speculation of a challenge to the presidency.

“I’ve told everyone in the White House, from the chief of staff to the first lady,” Newsom told Politico.